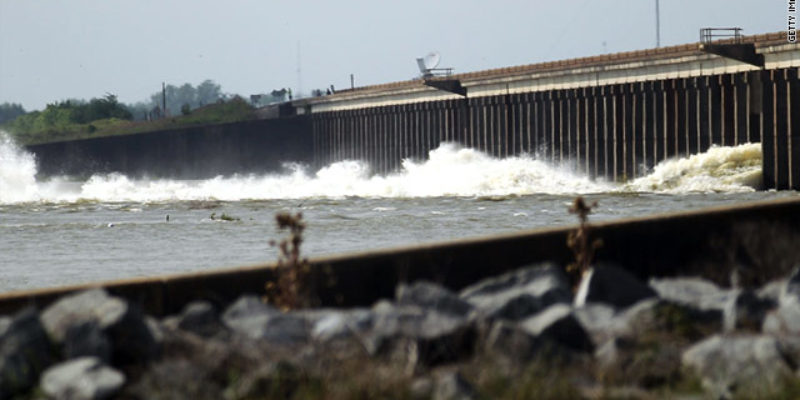 In what may feel as yet another letdown to many, the Morganza Spillway will not be opened this Sunday. The U.S. Army Corps of Engineers announced their decision early yesterday citing the water levels not being high enough to justify opening it. According to the New Orleans District spokesman for the Corps Rocky Boyette, “Based on this current forecast, the Morganza is not required at this moment, so we are going to postpone indefinitely for now.”

In other words, according to the Corps, opening the Morganza would have minimal impact at this point. This comes at a time where Louisiana is being inundated with a month’s worth of rain in under 24 hours. With nearly the entirety of Baton Rouge either experiencing or at heightened risk of flooding, the state continues to look for ways to address the dangerous flooding.

“What we are seeing is that we will be right there at the trigger for an extended period of time, but that’s okay. We can hold that water, and if some event pushes it above that trigger, we’ll be back at looking at the need to operate,” Boyette said.

The floods are thought to be responsible for one death already, and state officials are urging residents in compromised areas to seek higher ground as floodwaters pound away. These floods have set multiple records in the state, one being the amount of time the Mississippi River has spent above 35 feet. This is a culmination of snowmelt from the northern U.S. as well as historic floods throughout both the south and midwest.

But so far, the Corps doesn’t believe levees along the Mississippi from the Old River Control Structure to its mouth are threatened by the high water, at least not so much that opening Morganza, which would sacrifice cropland and crawfisheries in the Atchafalaya Basin floodway and cause millions of dollars in economic damage, is necessary at this point.