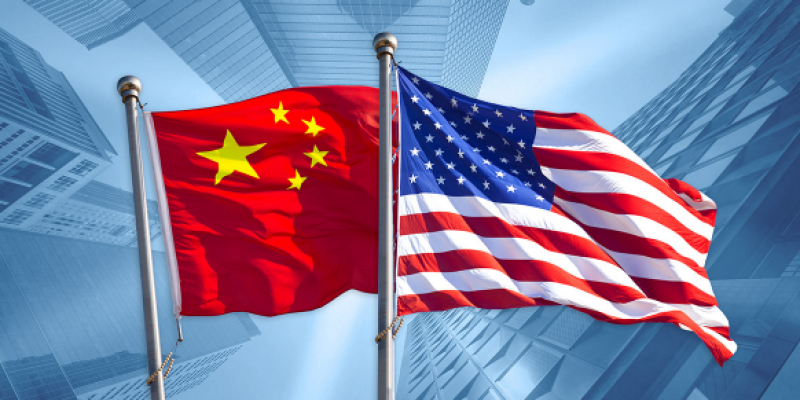 President Donald Trump is scheduled to meet with Chinese President Xi Jinping on the second day of the two-day G20 Summit, to be held Friday and Saturday in Osaka, Japan.

Several hundred independent business leaders representing millions of American workers urged Trump not to back down on his threat of new tariffs on $300 billion in Chinese products..

The signatures of hundreds of independent U.S. producers and industrial and manufacturing organizations on 23 pages of the 24-page letter urged Trump to continue “tariffs on subsidized imports from China,” arguing multinational corporations sold out American workers.

“If you want to get a sense of how the American people really feel about President Trump’s tariffs, take a look at today’s letter,” Dan DiMicco, chair of the group organizing the letter, the Coalition for a Prosperous America (CPA), said. “Small and mid-sized companies from all over the country signed the letter – everything from apple growers, truckers, and lumber producers to steel, glass, and tire makers.

“China has been taking advantage of America’s openness for many years, and this has cost us millions of middle class jobs,” DiMicco added. “The American people are tired of it, and they support the president’s approach.”

The letter was submitted to the Office of the United States Trade Representative (USTR) in response to a letter submitted by Walmart, Target and hundreds of others whose products are manufactured in China and who oppose the tariffs.

“Broadly applied tariffs are not an effective tool to change China’s unfair trade practices,” the letter from WalMart and others opposing the tariffs, said. “Tariffs are taxes paid directly by U.S. companies … not China.”

“I’m a free-trade guy – I hate tariffs, I love free trade – but it’s hard to have free trade, frankly, with a country that is stealing, cheating, lying, involved in cyberespionage against the United States, hacking into our computer systems,” Moore told the Epoch Times.

The U.S. is in “a very abusive relationship with China right now,” he added, saying, “Trump is right. We’ve opened up our markets to them for 25 years. They still, 25 years later, haven’t opened their markets to us.”

America’s national security and economy are at stake, the CPA and other business leaders argue, urging the president to put America first “over political differences.”

In the meantime, U.S. companies have three choices to weather the tariff storm, Nicole Lamb-Hale, a managing director at Kroll and fellow at the Duff and Phelps Institute, says. All three “are erosive to the global competitiveness of U.S. manufacturers and ultimately job creation and retention,” she argues.

They can “hunker down and weather reduced profits; find suppliers in third countries … or defray the increased cost of manufacturing inputs from China by passing costs on to their customers, making their products less competitive,” she says.

If tariff negotiations are not reached by the summit’s conclusion, it remains unclear if the Trump administration will go ahead with the additional 25 percent tariffs scheduled to be added to $300 billion worth of Chinese imports, in addition to already levied tariffs.

Opponents argue the additional tariffs will wipe out more than 2 million U.S. jobs, add more than $2,000 in costs for the average family of four, and reduce the value of U.S. Gross Domestic Product by 1 percent.

Proponents argue since the tariffs have been in effect, the U.S. economy is soaring, job growth has exploded and the unemployment rate is the lowest its been in a generation.