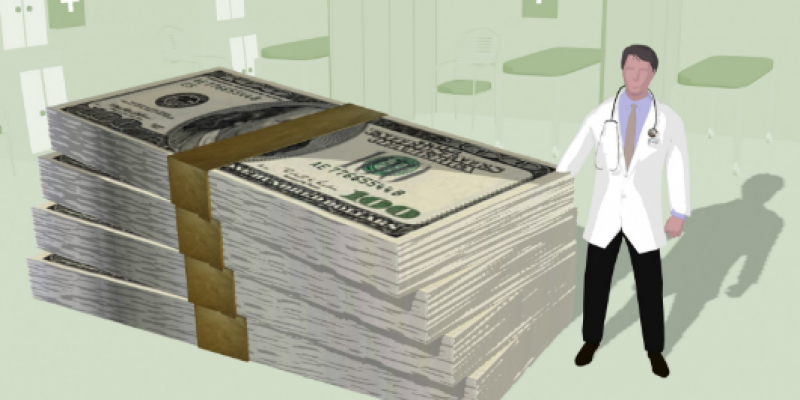 A range of diverse advocacy groups are lauding the latest Executive Order signed by President Donald Trump that requires hospitals to publicly disclose what patients and insurers actually pay for services in an easy-to-read and accessible format – before they receive care.

“Lack of transparency contributes to soaring costs, suppressed competition, and lower quality,” the Trump administration said in announcing the order.

“Patients face wide variations in prices, often for the same services, due to a lack of transparency,” the White House news release said.

Increased transparency will prevent patients from receiving “surprise medical bills” they can’t afford or prepare to save for, advocates argue, and help avoid paying unexpected excessive charges from out-of-network providers. Knowing costs ahead of time will help patients find the best price for the healthcare services to best fit their personal healthcare needs and financial situations.

Opponents of the executive order argue doing so will interfere with hospitals’ ability to negotiate with providers and could actually force prices higher.

“We should also require drug companies, insurance companies, and hospitals to disclose real prices to foster competition and bring costs down,” Trump said when announcing the signed order.

The order directs the Department of Health and Human Services (HHS) to begin the process of making information on out-of-pocket spending more readily available to patients before they receive care.

Hector De La Torre, executive director of Transamerica Center for Health Studies (TCHS), told The Center Square that the order “directly aligns” with the findings of its latest survey.

“Struggling to afford healthcare expenses” is a common phrase the nonprofit think tank hears when conducting its research, he said. More than one third of respondents said the ability to pay for needed care is the most pressing issue in healthcare; 17 percent said they cannot afford routine healthcare expenses, including prescription drugs.

TCHS surveyed 3,604 American adults (ages 18-64) in its 2018 “Stressed Out: Americans and Healthcare” report. Among them, 69 percent said they pay for significant healthcare expenses through savings (35%), credit cards (28%), disposable income (24%), loans from family (8 percent), or a 401(k) withdrawal (6%). The majority, 56 percent, said their most important health-related priority is paying for preventive healthcare expenses and self-care (55%).

Nearly half, 48 percent, said “they have been billed for a health treatment or service they were told or thought was fully covered by their insurance;” 69 percent said they are not currently saving for healthcare expenses.

The order also directs hospitals to provide greater access to data to researchers, innovators and providers to help them develop tools to provide patients with more information about healthcare prices and quality, the administration says.

The American Hospital Association lobbied hard against the order and subsequent rule change, arguing that being required to provide price information to patients goes “well beyond what Congress intended and would seriously harm patients, hospitals and other healthcare providers,” referring to the 2016 21st Century Cures Act.

But not having access to this information is part of the problem, OpenTheBooks.com argues, in a new report exposing the costs of the top 82 non-profit hospitals whose executives it argues are “getting rich at the expense of American consumers.”

“Patients are caught in a monopoly, not a market,” Adam Andrzejewski, CEO/Founder of OpenTheBooks.com, told The Center Square. “You can’t have competition or a market without price transparency.”

“What healthcare consumers need is a market that features transparency, competition and choice – all of which will drive down costs and restore the doctor-patient relationship,” he added.

The order also expands the benefits of Health Savings Accounts (HSAs) and other tax-preferred health accounts by directing the U.S. Department of Treasury to allow for the use of HSAs to cover more medical services.

“The Trump administration is set to shake up the health care industry and arm consumers with the information they need to make the right decisions for themselves and their families,” said Josh Archambault, visiting fellow at The Opportunity Solutions Project (OSP), a nonprofit, nonpartisan advocacy organization, told The Center Square.

“Failing to disclose the prices of health care procedures and services harms individuals with chronic conditions trying to afford care, raises premiums for individuals and businesses, and harms the uninsured,” Archambault added. “Every dollar wasted on overpaying for health care is one less dollar for Americans to pay for gas, food, or education expenses. If we truly want a patient-focused health care system, increasing price transparency is a vital first step.”

OSP was among scores of organizations that submitted public comments to HHS supporting increased transparency and lower health care costs. In its remarks, it highlighted a pilot transparency tool program initiated in Kentucky for its public employees, which saved taxpayers over $13 million.

An 18-page report analyzing the program produced by the Foundation for Government Accountability found that health care pricing varied statewide and higher prices did not necessarily translate to better quality. It also found the price transparency tool resulted in more than $1.9 million in cash benefits paid to public employees within three years of being implemented.

Interested in more national news? We've got you covered! See More National News
Previous Article Redistricting Supreme Court Decision Could Have Massive Effect On Southern Elections
Next Article Coalition for a Prosperous America, independent business leaders, urge Trump not to back down on Chinese tariffs