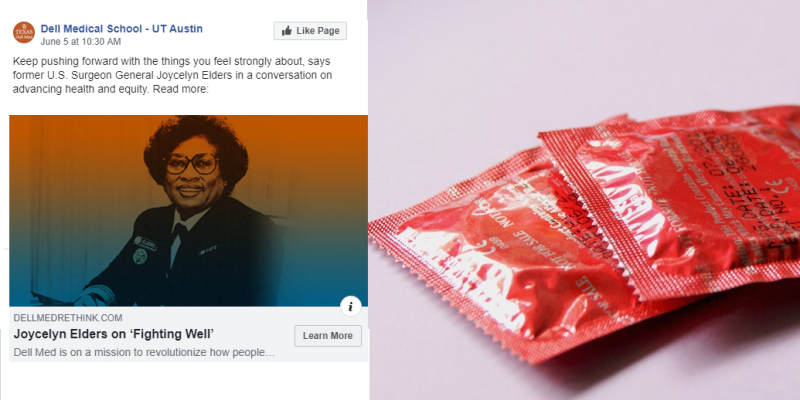 At 85 years of age, you typically don’t hear much lately from Clinton-era Surgeon General Joycelyn Elders. 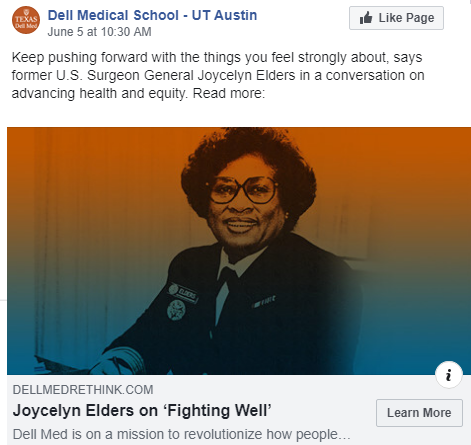 In the innocuous interview, Elders called for paying medical school graduates who specialize in public health, pediatrics or mental health as much as the cardiovascular surgeons and other specialists as a means of improving healthcare in the U.S.

Now, the 85-year-old Elders, speaking from her home in Little Rock, is challenging the status quo in medical education alongside Jewel Mullen, a former principal deputy assistant secretary at the U.S. Department of Health and Human Services who’s championing health equity at Dell Medical School at The University of Texas at Austin.

For some background, Travis County residents voted to approve by 55% a ballot proposition to create the Dell Medical School in 2012. The proposition provides for $35 million annually to go toward sustaining the school. It was built south of the University of Texas main campus in congested downtown Austin in the shadow of the Texas Capitol, located along a largely under-developed creek-side area. Texas taxpayers, of course, foot much of the bill for the University of Texas and system. The school hopes to have 300 resident students by next year.

The Medical School has on occasion come under fire by taxpayer watchdogs concerned that it is not accountable to transparency rules, and that the ballot wording to create the school was potentially misleading.

From the hip: We wonder what the interviewer means by “health equity” and whether that is what the taxpayers had in mind when agreeing to fund this impressive teaching hospital. At least, we hope it doesn’t involve teaching elementary school students about condoms.