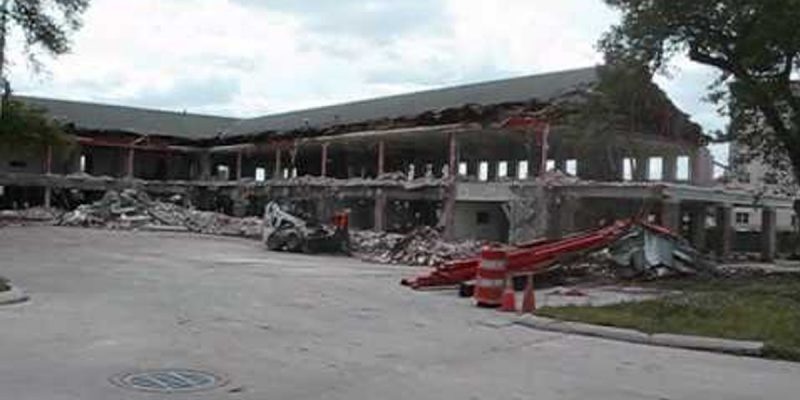 Editor’s Note: A guest post by William J. Smith, and the fourth in a series of posts detailing unnecessary and obsolete items of legislation to be found in the Louisiana Revised Statutes which could use repeal.

Before I start the article, I want to acknowledge the website www.nolahistoryguy.com for the research into the history of the Camp Nicholls Soldiers’ Home that I am using in the rest of the article.

Louisiana citizens are supportive of the military and go out of their way to provide for veterans. We celebrate and honor the service of our active military and veterans. The State of Louisiana provides for the needs of some of our veterans in five Veterans’ Homes throughout the state in Bossier City, Monroe, Jackson, Reserve, and Jennings.

This support and love is not a new tradition, as the State of Louisiana passed legislation after the end of the Civil War to establish a veterans’ home in New Orleans for housing returning veterans. This would become Camp Nicholls Soldiers’ Home which housed veterans from 1884 to 1940.

Louisiana Revised Statutes 29:511 to 29:516 established the “Soldiers’ Home of the State of Louisiana”, also known as Camp Nicholls Soldiers’ Home. These statutes initially limited admission in the soldiers’ home to Confederate veterans (and their widows) who had lived in Louisiana for five years and were either disabled in service or infirm due to sickness or old age. Camp Nicholls Soldiers Home eventually housed some World War I veterans after many of the Confederate veterans passed away.

The Camp Nicholls Soldiers’ Home was first opened in 1884 thanks in part to the fundraising efforts of former (and eventually future) governor Francis T. Nicholls. Throughout the years, Camp Nicholls Soldiers’ Home served as a veterans’ home for Confederate veterans and later veterans of World War I, and housed United States Army units including the First Louisiana Infantry, the Washington Artillery, and the First Separate Troop Cavalry as they were preparing for deployment to Europe in WWI.

Camp Nicholls Soldiers’ Home closed around 1940, as there were no living Confederate veterans remaining at the facility. The facility would be used by the Louisiana National Guard as an armory and vehicle depot during World War II, and by the City of New Orleans to house their police academy and 3rd District Headquarters until the 1990’s.

Camp Nicholls served its purpose as a home for Confederate veterans and World War I veterans. However, a shift in the building’s purpose, the demolition of the building after Hurricane Katrina, and the use of other war veterans’ homes throughout the state have resulted in a section of the Louisiana Revised Statutes that is outdated and no longer needed.

Now that Camp Nicholls Soldiers’ Home no longer exists, it is time to repeal Louisiana Revised Statutes 29:511 to 29:516.

Interested in more news from Louisiana? We've got you covered! See More Louisiana News
Previous Article MARSH MAN MASSON: Multiple Speckled Trout On Final Morning In Florida!
Next Article Your Tax Dollars Will Now Be Conscripted For Your Kids To Minor In “LGBTQ” At LSU