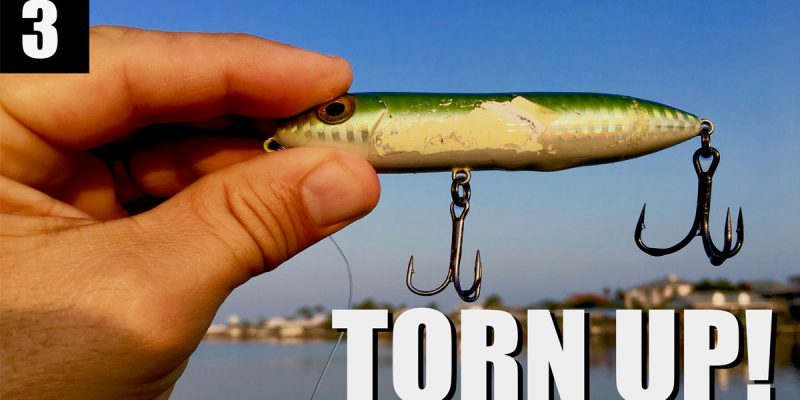 Puzzles are much harder to put together when you don’t have the box they came in, the photo on the cover revealing what you’re trying to build. I spent four days targeting trophy speckled trout in the Florida panhandle during the first week of June, and because I went in almost completely blind, I initially struggled to have much success at all.

My son, Joel, and I caught redfish, ladyfish, catfish, pinfish and a few nice-sized speckled trout, but the monster we sought eluded us. That didn’t change on the final day, but I got plenty of blowups on a Matrix Mullet, connecting with one of the fish, and used a prototype jerkbait called a Matrix RipShad to put some other specks in the boat.

In four days of intense fishing, I never connected with a speckled trout that would rival the 8-pound, 8-ounce fish I caught on Calcasieu Lake in 2001, but I closed out the trip more determined than ever to get back to the Sunshine State and build on what I learned.

For one thing, I will keep my powder dry on the weekends, spending that time on the beach, my hands chilled by something sporting a toothpick umbrella. The weekdays had far less boat traffic, which made the fish much more eager to come out and play.

I’ll also keep my drag loose, and go with bigger hooks on my topwater plugs.

Check out the video of the final day’s action below.

Like the video? Please give it a thumbs-up, and subscribe to the Marsh Man Masson channel on YouTube. Also, leave a comment below or on the YouTube page. What’s your biggest speckled trout? What did you use to catch it? Was it in your home state, or did you have to travel for it?