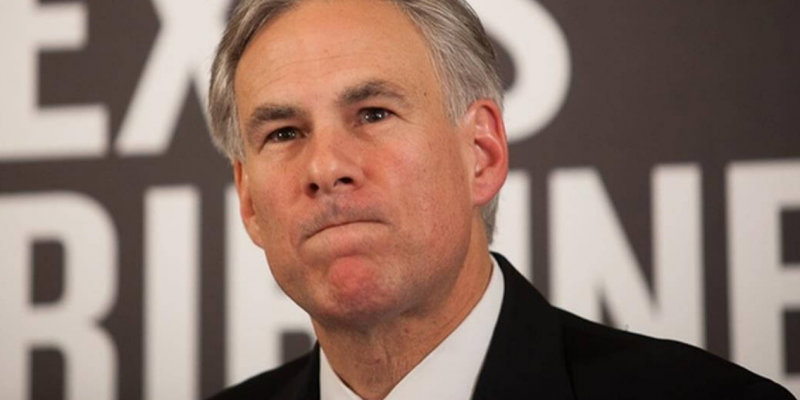 Some fiscal conservatives are criticizing Texas’ adoption of a $217 billion two-year budget, saying it drastically increases spending when budget surpluses should be returned to taxpayers.

Gov. Greg Abbott signed the budget Monday, using his line-item veto power to cut $120 million in programs ranging from air quality to funding the colonias at the Texas-Mexico border.

The budget “addresses the most pressing challenges faced by our state,” Abbott said in a prepared statement.

“This budget funds a life-saving overhaul of Child Protective Services, continues to fund the state’s role in securing our border, and ensures that the workforce of today and tomorrow have the resources they need to keep Texas’ economy growing and thriving,” he added.

Despite a nearly $10 billion surplus, the Republican trifecta government chose to increase spending by 12.5 percent, which some groups say is irresponsible.

“Texas government spending has increased substantially faster than the growth in inflation and population since 2004, at a cost to Texans of $15 billion this two-year budget cycle,” the Conservative Texas Budget Coalition, a coalition of conservative groups committed to fiscal reform, says. “That’s an additional $1,000 burden on the average Texas family of four, just to fund state government.”

The coalition was formed in 2014 in response to increased spending in Austin, arguing “Texans can’t afford the consequences of more spending.”

Its budget proposes requiring state and local government spending growth to be tied to population growth and the rate of inflation for the priot two fiscal years. It also proposes setting automatic local rollback triggers and using state dollars to eliminate school maintenance and operations property taxes. The coalition says its plan would increase investment and jobs by eliminating the onerous business tax, adopting program-based budgeting along with zero-based budgeting, and promoting efficiency audits to eliminate government waste.

None of these measures were included in the budget passed by the Republican trifecta government.

“It’s unfortunate that the Texas Legislature’s budget exceeds responsible spending limits,” former senior economist at the Texas Public Policy Foundation (TPPF) Vance Ginn said after budget agreements were reached in late May. “The 2020-21 Texas budget of $243.7 billion, which excludes funds to Harvey recovery and property tax relief, is a 12.5 percent increase from the 2018-19 appropriations. This amount is over the responsible Conservative Texas Budget limit of $234.1 billion. Restricting spending increases to population growth plus inflation of 8 percent would better protect taxpayers and the economy.”

Ginn is now the associate director for economic policy with the White House Office of Management and Budget.

“Republican lawmakers praising themselves for ‘only’ growing spending a ‘little over’ population and inflation is like a drunk driver telling the police officer to applaud his responsibility in being only a little intoxicated while driving the wrong way on a one-way street,” Michael Quinn Sullivan, CEO of Texas Scorecard said.

The Republican platform of limited government and reducing the size of government appears to be nonexistent in Austin, Sullivan argues, despite the fact that Republicans have argued that government should not grow beyond the combined rate of inflation and population growth.

Without increasing spending and assuming the “population and inflation” limit, state government would have grown at eight percent (or less), according to state data.

Initially, Texas House members voted unanimously this year to grow the budget and the size of government closer to 16 percent. The Senate brought that number down to 12.5.

Sen. Kelly Hancock, R-North Richland Hills, tried to pass legislation restricting the growth of government. The Senate repeatedly passed his binding “population and inflation” measure, but without a companion bill in the House it went nowhere. Republican House Speaker Dennis Bonnen and his leadership team refused to give Hancock’s bill a hearing this legislative session.

Fiscal conservatives argue a genuinely conservative budget would have included both cutting spending and using the majority, if not the entire surplus, for tax relief.

When a government grows faster than the economy, and Texans’ ability to pay for it, legislators create an untenable position for taxpayers, they argue. And the bloated spending is on top of unfunded debt, which earned Texas a D grade in fiscal health.

“Texas’ elected officials have made repeated financial decisions that have left the state with a debt burden of $82.2 billion,“ the report produced by the financial nonprofit organization Truth in Accounting (TIA), states.

“Because of Texas’ balanced budget requirement,” TIA says the $10,100 taxpayer burden should be zero ($0).

Interested in more news from Texas? We've got you covered! See More Texas News
Previous Article Trump To Officially Launch 2020 Campaign Tuesday
Next Article SICK: California school has “condom race” for 10-year-old girls to learn how to use them the fastest