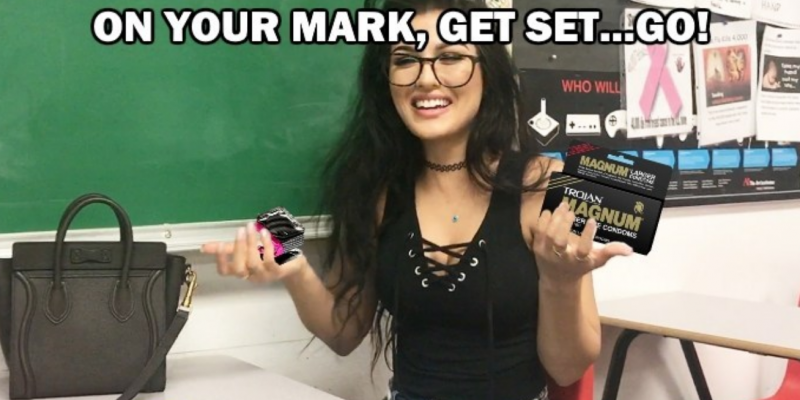 Newly approved sex education materials in California public schools has young children learning how to use condoms– and see who can put them on the fastest.

“It’s shocking,” Rebecca Friedrichs, the founder of For Kids and Country, told The Christian Post.

One school reportedly had 10- and 11-year-old girls participate in a “condom race” in which they ran, in front of male classmates, to be the first to put a condom on a model of an erect adult male penis.

“I always tell people that the scary thing is, I’ll give radio interviews and I can’t even say on the radio things that are being taught in our elementary and middle school classrooms in mixed company. There’s something very wrong there,” Friedrichs said.

The National Catholic Register reported on the changes approved by the California Board of Education in May. The condom race program was created to comply with the 2015 California Healthy Youth Act, “which mandates the teaching of ‘medically accurate’ and ‘age appropriate’ comprehensive sex education at least once in middle school and once in high school.”

According to the report:

“[T]he goal is not to cause confusion about the gender of the child but to develop an awareness that other expressions exist,” read the newly approved document. …

Thank goodness parents can opt out their children from participating in most of this insane instruction. The California Catholic Conference has provided more information about parents’ rights here, and it is working on legislation to better expand parents’ rights related to public school sex education indoctrination.

Josh Stickney, communications manager with Equality California, said he doesn’t believe there’s anything wrong with the curriculum. (Of course he doesn’t. Notice how he isn’t promoting equality.)

“We don’t believe any of this will prime students to do anything they wouldn’t normally do,” Stickney said. “It’s important to dispel myths and stigma around sex health for the LGBT community. That starts with awareness and sex education.”

Many parents disagree with him and are outrage.

“No one believes it until they see it,” she told the Christian Post. “Now that we’ve been able to help parents to understand what’s actually in the curriculums and they’re viewing it for themselves, they see the urgent need to rescue the kids. Now there’s a groundswell of parents that’s growing fast and fighting back.”

More information is available through Informed Parents of California.