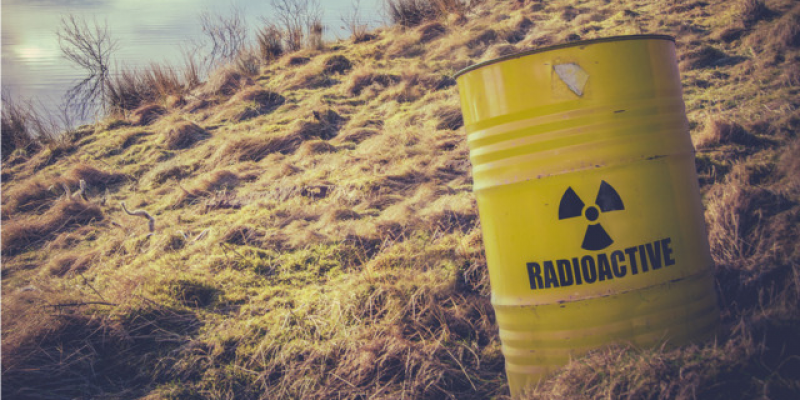 In his latest veto, Gov. Greg Abbott noted that in a unanimously-accepted domestic violence bill, a non-germane surcharge exemption for a radioactive waste dump was tacked on — thus nuking the entire bill.

According to Abbott’s veto statement from June 5, SB 1804 (by conservative Republican Sen. Lois Kolkhorst) “was a laudable effort to address domestic violence …

The amendment was added by Rep. Poncho Nevárez, a border-region Democrat, during the waning hours of the 86th Legislature. As it happens, Nevárez was the primary House sponsor for SB 1804.

The meat of the bill was intended to add bond amount and release date information to domestic violence victim notification requirements. In other words, and for example, a person who is cruelly beaten in an act of domestic violence would more easily be able to know under what conditions and how soon the alleged beater would be eligible for release from jail. There was not one “nay” vote on passage in either the House or the Senate.

Back to the radioactive waste dump amendment: The language added by the House (during a rare third-reading floor debate due to postponement) would have moved the effective date of a an increased surcharge (under a bill passed in the 85th Legislature, which became law without Abbott’s signature) from Sept. 1 of this year to 2021. According to a fiscal analysis, the Texas Commission on Environmental Quality (TCEQ) was scheduled this year to raise the surcharge from 10 to 20 percent of “the total contracted rate for the disposal of nonparty compact waste at the Compact Waste Disposal Facility.” Furthermore, the amendment would “delay the remittance of five percent of the license holder of the Compact Waste Disposal Facility’s gross receipts received from the disposal of radioactive substances under the license” for two more years.

The sole no vote on the Nevárez amendment came from fellow Democrat Rep. Eddie Rodriguez. Though he later voted to approve the amended bill unanimously along with his peers, Rodriguez submitted to the House Journal the following statement: “I requested to be recorded voting no on the third reading amendment to SB 1804 because it would benefit a particular radioactive waste facility and was wrongfully tacked on to an otherwise commendable domestic violence bill.”

Read about other bill vetoes by Abbott here.

From the hip: Abbott has line-item veto power for some situations like these which are attached on to the state budget or other appropriations bills. Unfortunately, this bill does not seem to fall under that scope as it does not break the budget. So in order to nix the Nevárez amendment wording the whole bill must be vetoed. It may be common knowledge but still worth mentioning that West Texas is undergoing another uptrend in oil and drilling activity in the region. Radioactive rock and soil brought to the surface by deep drilling operations must legally be disposed of in approved facilities. His amendment may have been a way to keep the oil and gas industry from paying a significant hike in TCEQ-mandated fees during the current boom, which plays a major role in the economy of his Southwest Texas district. That this bill was vetoed on its own rather than in a stack of other vetoes indicates that the Governor may be sending a message to one or several parties involved — though what message, exactly, has yet to be determined.

___________
CORRECTION: A previous version of this story incorrectly attributed the non-germane amendment to another Representative. The author regrets the error. Some other details were added at 9:56 p.m., including some further analysis.

Interested in more news from Texas? We've got you covered! See More Texas News
Previous Article APPEL: Medicaid Expansion And Other People’s Money
Next Article Looks Like The Only Thing Baton Rouge Pols Can Drain Is Money From Your Wallet