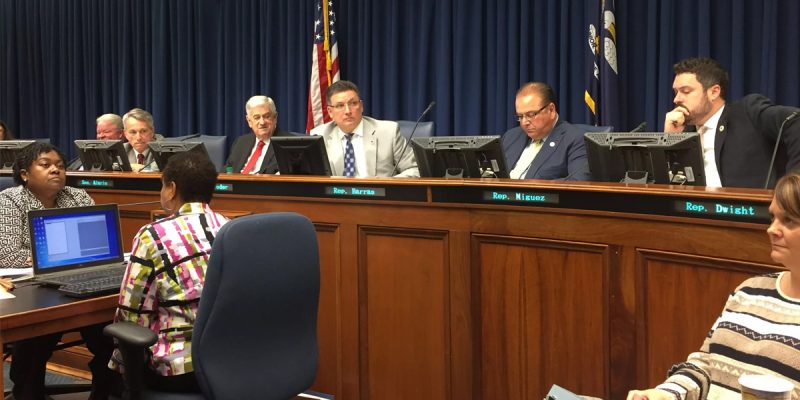 Even if it costs taxpayers, Louisiana must support citizen exercise of constitutional rights.

Democrats on the SBC and the Democrat Gov. John Bel Edwards Administration said actions like this could cause higher fees paid out to do this business. In fact, the bids by those prospective but barred lenders came in thousands of dollars lower.

Then last week lawyer David LaCerte filed suit against the SBC for that decision, alleging that the action unconstitutionally caused higher fees paid, exceeded the Bond Commission’s authority and broke state rules. LaCerte has his own bone to pick with the state, having been fired from his Secretary of Veterans Affairs post when the Louisiana Legislative Auditor and State Inspector General determined he had improperly used funds, improperly documented work and travel, failed to inform authorities about potential crimes involving residents at three war veteran homes, and that his military service record didn’t match the military service cited in his biography posted on the department website. He sued over the press release with the case pending.

LaCerte’s problem is that state law isn’t on his side. R.S. 39:1403 outlines SBC requirements regarding bonds. It “shall have authority to select bond counsel and other consultants” and “in the case of general obligation bonds or bonds payable from tax revenues to sell the bonds to the bidder submitting the highest and best bid therefor or to reject any and all bids (emphasis added).

As well, consider that the lowest bid by the two banks may not have come entirely in good faith. After having narrowly won approval on the related matter months earlier, each may have deliberately bid lower on this one than they would have otherwise, now warned and afraid their policies would turn a majority on the SBC away from them. The two banks’ sweetening of the deal to overcome the mess they’ve made is clearly a special circumstance arising from being blocked from bidding on state financing, so there’s no guarantee that the eventual outcome “caused” the state to pay out more than necessary.

The courts are quite good at flushing out this kind of nuisance suit, and eventually LaCerte’s action will end in the round file. However, it raises a normative question about spending more taxpayer dollars to make a point. The question arises often in the case of abortion regulation, where pro-abortion forces will argue that restrictive laws they assert are (to them, and sometimes are ruled as such) clearly unconstitutional end up costing the state in litigation fees, placing symbolism over taxpayer resources.

Yet this question differs. The Second Amendment clearly permits the kinds of activities under existing statute that the lenders discriminate against. A small tax of sorts in support of that, by encouraging lenders to drop this prejudicial treatment, aids all Louisianans; you can’t put a price on facilitating exercise of a constitutional right. Hypocritically the left brays about providing for an imginary “right” to health care, thus asserting Louisiana must spend hundreds of million extra dollars annually on Medicaid expansion, yet it gets worked up over spending a pittance by comparison on enhancing citizens’ abilities to exercise a genuine right.

The SBC majority correctly excluded the discriminatory lenders and must defeat this frivolous suit.

Interested in more news from Louisiana? We've got you covered! See More Louisiana News
Previous Article Texas ranks 9th in hospital safety analysis
Next Article Who’s The First Gubernatorial Candidate To Go Up On TV? Why, Gary Landrieu, Of Course!