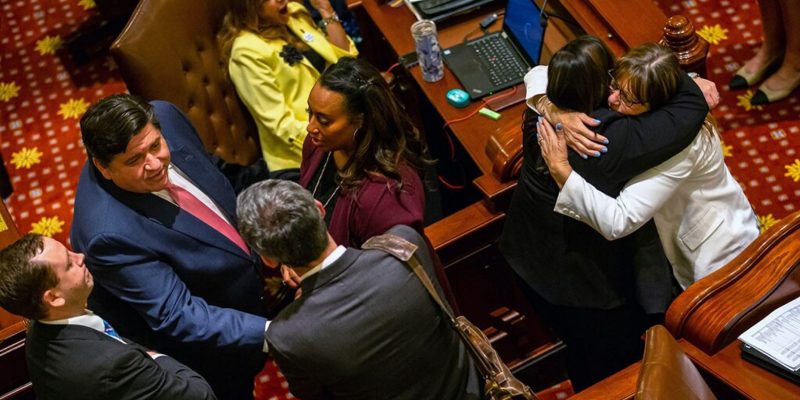 Last week while most Americans were preparing to commemorate Memorial Day, liberal Democrats in Illinois were conspiring to pass the most extreme abortion law to date.

Late Friday the Illinois Senate approved the “Illinois Reproductive Health Act” by a vote of 34-20, overcoming the final obstacle to reach the Governor’s desk for final approval.

The legislation is intended to be a ‘sister bill’ to the New York law that received national attention earlier in the year for legalizing abortion up until birth. Shockingly, the Illinois version of the bill goes further, even repealing the state’s partial-birth abortion ban and conscientious exemptions.

Critics say that the legislation robs medical professionals of their freedom to choose whether or not to participate in the practice if it violates their deeply held beliefs.

The Illinois House of Representatives passed the same bill earlier in the week by a vote of 64 to 50. The extreme legislation even lost the support of a handful of House Democrats.

Illinois Governor J.B. Pritzker (D), who campaigned on making the state the most pro-choice in the nation, is expected to sign the bill into law this week.

Sen. Melinda Bush (D) authored the bill and spoke in favor of her legislation, saying:

“I believe there is a war against women’s rights going on right now, this needs to be passed now to be sure we in Illinois continue to protect those rights.”

Fox News reports that, “In addition to establishing abortion as a woman’s fundamental right, the bill states that ‘a fertilized egg, embryo or fetus does not have independent rights,’ according to the station. It also repeals the Illinois abortion law of 1975, eliminating spousal consent, waiting periods, criminal penalties for abortion providers and restrictions on abortion facilities, the station reported.”

A veto from the Governor, or divine intervention, is all that stands in the way of this impending atrocity. All are encouraged to pray while concerned Illinois residents may express their opposition to the Governor’s office:

Interested in more national news? We've got you covered! See More National News
Previous Article June 1 marks beginning of Hurricane Season, here’s what to expect
Next Article The “Death Alley” Protesters Didn’t Get To Block The I-10 Bridge In Baton Rouge This Weekend