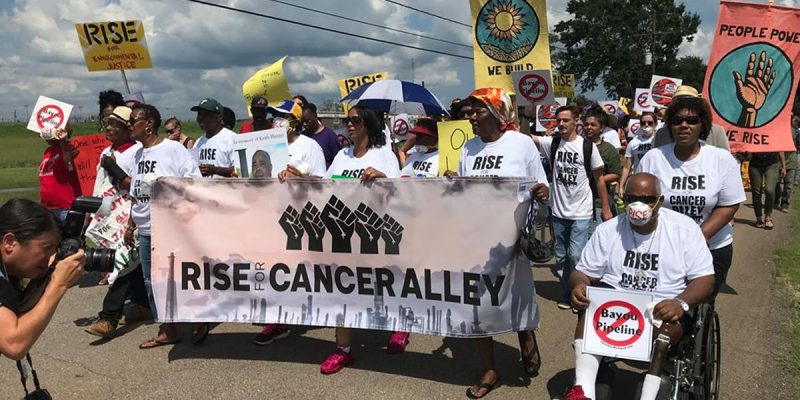 In one of the least-surprising judicial rulings in recent memory, on Friday May 31st  Judge Wilson Fields of Baton Rouge denied  protesters from the environmentalist Coalition Against Death Alley the chance to protest on both the Baton Rouge I-10 bridge and the Sunshine Bridge.

The Coalition Against Death Alley is a group marching to raise awareness about the exceedingly high cancer rates among residents of southern Louisiana, which it attributes to the widespread presence of petrochemical plants along the Mississippi River between Baton Rouge and New Orleans.  Anyone who regularly commutes between either of these bridges can speak to the amount of congestion on them – on weekends as well as during the week. Imagine if hundreds of unruly protesters took their march to those bridges – pure chaos would be inevitable. For objectively one of the most liberal judges in Louisiana – Fields – to reject these protests, it’s pretty clear that adult opinion on this issue is fairly well united.

Judge Fields issued a ruling which scheduled an injunction hearing June 12th. That date is well past the planned end of the marches, which were to end Monday with a foray into the governor’s mansion after trips across the Sunshine Bridge Saturday and the I-10 bridge on Sunday – which the marchers had to make via gas-guzzling buses. Loyola University of New Orleans law professor and frequent leftist agitator Bill Quigley, the attorney for CADA, stated there was no chance for any more mediation through the weekend, thus effectively ending the push to protest on the bridges – but not before offering a colorfully ridiculous admonition arguing for his clients’ alleged First Amendment right to block an interstate highway during oral argument on his petition:

“What if the courts in Alabama had told Martin Luther King to take a Greyhound across the bridge in Selma?” he argued in court.

Which is precisely what Quigley’s clients had to do after Fields agreed with lawyers from the Louisiana State Police that allowing the Death Alley crowd to attempt to summit the I-10 bridge was an exercise in absurdity certain to create a totally unnecessary and unwarranted automotive hell on earth for people with actual places to go over the weekend.