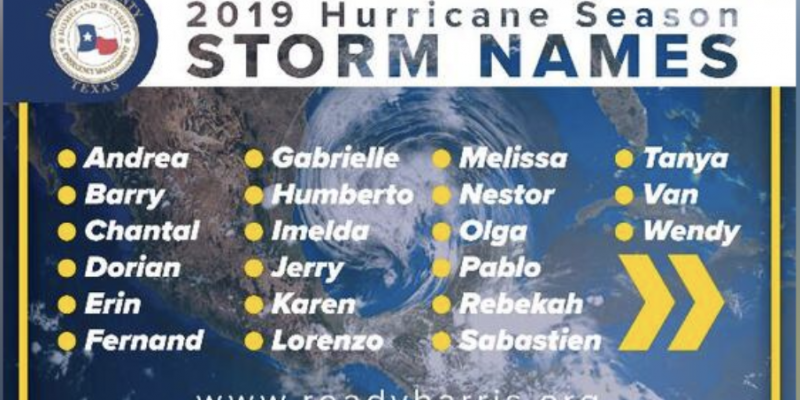 The National Oceanic and Atmospheric Administration (NOAA) Prediction Center released its seasonal outlook, which predicts 9 to 15 named storms could potentially develop in the Atlantic basin this year.

Of them, four to eight could become hurricanes; and two to four could become major hurricanes with winds of 111 mph or higher. If that forecast holds, it would make for a near-normal season. 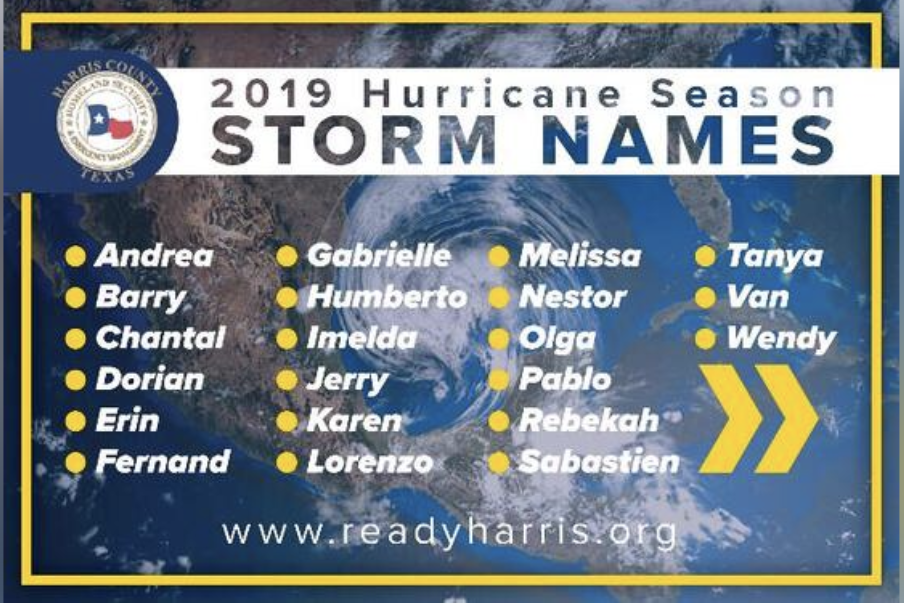 Regardless, it only takes one storm to make it a bad year– as everyone in Houston knows after the 100-year flood caused by Hurricane Harvey.

“The Harris County Office of Homeland Security & Emergency Management (HCOHSEM) monitors all named storms and activates once a storm enters the Gulf of Mexico,” Harris County Judge Lina Hidalgo said in a statement. “Our proximity to the coast makes us vulnerable and storms can intensify very quickly. The county, along with our first responders, is working hard to prepare for hurricane season and ask that the community do the same.”

As people continue to recover from the flooding caused by Hurricane Harvey in 2017, HCOHSEM reminds residents that preparedness is key to surviving disasters of all types.

It encourages everyone to have a personal or family emergency plan and emergency and supply kits that have enough non-perishable food and water items to last seven to ten days.

• Personal hygiene items such as toothbrush, toothpaste, soap, and deodorant