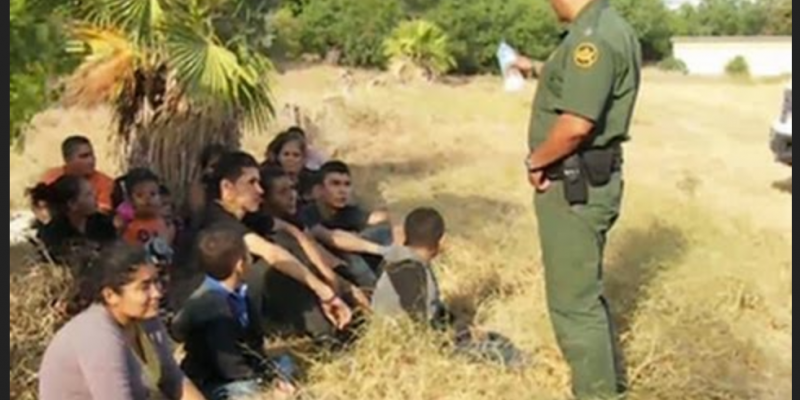 An Immigration and Customs Enforcement (ICE) pilot of new rapid DNA testing at the border found that nearly one third of those tested were not biologically related to the children they smuggled illegally across the border.

Meaning these children are victims of human trafficking.

ICE conducted the pilot for a few days in El Paso and McAllen, Texas. Test results showed roughly 30 percent of those tested were not related to the children they claimed were their own, an official told the Washington Examiner.

Worse still– the adults were not step-fathers or adoptive parents.

“Those were not the case. In these cases, they are misrepresented as family members,” the official said.

It is unclear if every “family unit” was tested during the pilot, or only those who raised a red flag, the Daily Mail reports. An ICE spokesman said some migrants refused to take the test and just straight out admitted that they were not related to the children they smuggled.

The pilot is being considered to be used more broadly across the immigration system.
Current U.S. law and policy allows all illegals who cross the border illegally with children to be able to claim asylum and avoid any lengthy detention in most cases.

U.S. Border Patrol says it has apprehended 535,000 for crossing the border illegally so far this year, with “no sign of it getting better,” the Daily Mail reported.

40,000 illegals have been released into communities so far this year, the agency said.

Health and Human Services Secretary Alex Azar said in a separate letter that needs for the unaccompanied children account “could grow further and be closer to the worst-case scenario HHS had proposed be the basis for the supplemental request, which was $1.4 billion higher.”

Interested in more news from Texas? We've got you covered! See More Texas News
Previous Article Texas teacher on leave after tweeting asking Trump for help to address hordes of illegal aliens in public school system
Next Article VIDEO: Schroder Goes Off On JBE Over Killing The Unclaimed Property Bills