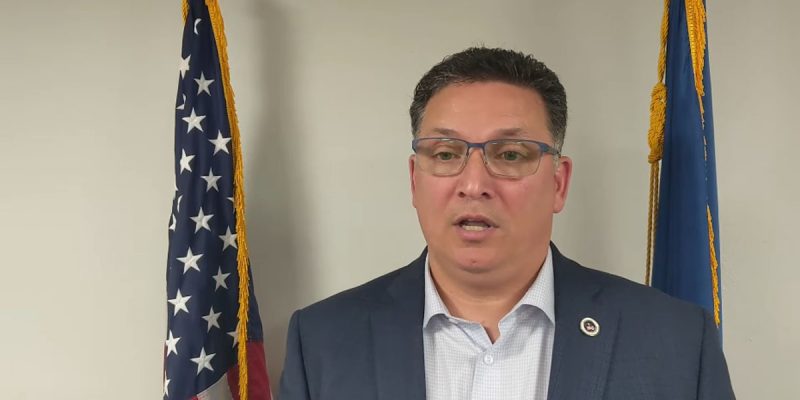 In a video posted to Facebook last night at the end of the 2019 legislative session, State Treasurer John Schroder issued a fiery statement defying Gov. John Bel Edwards and the Louisiana Senate for having killed legislation Schroder was touting that would protect the state’s Unclaimed Property Fund and invest it, with proceeds going toward infrastructure projects.

There were actually three bills on the subject – HB 291 and HB 292 by House Speaker Taylor Barras, which would have protected the unclaimed property fund from raids by the governor and the legislature, and HB 496 by Rep. Neil Abramson, which would have allowed the money to be invested and the state to use the proceeds for infrastructure projects.

None of the three bills reached the Senate floor. All three were parked in the Senate Finance Committee where they didn’t even get hearings.

Senate Finance Committee chair Eric Lafleur told bill proponents he couldn’t let those bills out of Senate Finance because they carried fiscal notes – which is true because the bills had the effect of stopping the legislature from spending money out of the unclaimed property fund. The argument Schroder and Barras made was that the money should have never been spent in the first place, but that didn’t move Lafleur any.

Of course, Lafleur’s argument was patent nonsense in any event, because he let numerous bills be heard in his committee which had fiscal notes on them. Most of those bills happened to be authored by his Democrat pals, of course.

And Edwards’ executive counsel Matthew Block was roaming the halls earlier this week taking credit for having helped to kill the package.

It was enough to make Schroder blow his stack, and he didn’t hold anything back last night on that video…

So what comes next, in all likelihood, is a lawsuit. The fiscal note on the package was $24 million, meaning that’s the amount of money Edwards had planned to raid from the unclaimed property fund and now won’t be able to if Schroder refuses to turn it loose. One can envision Edwards sending Block into court attempting to access the fund, and Schroder sending his executive counsel, who interestingly enough is Renee Free – you might remember her as the Democrat candidate for Secretary of State last year who missed the runoff – into court in opposition.

As we understand it, state law is in no way clear on who would win that fight.

The whole reason for this package of bills is that the state has been sweeping unclaimed property money into the general fund for more than a decade. The $24 million in question here is based on the amount of money the fund had earlier this year when the legislative session began, but that’s not the amount currently sitting in the fund.

What’s in there now is $11 million. Schroder has been writing checks to the people who are owed that money from the state. He might even clear out the balance before Edwards and Block can get a court to take it from him.

And what happens when the unclaimed money gets swept into the general fund? The people who show up to claim their money from the state get IOU’s, and Schroder will pay them when he can.

Now you see why he goes ballistic after Edwards, John Alario and Eric Lafleur wouldn’t even give that package of bills so much as a committee hearing.

The guess here is Edwards won’t try to do anything to get at the unclaimed property money until after the election, because politically this isn’t going to play well if he’s going to court to grab money owed to individual people when the state supposedly has a surplus built off his tax increases.

But it’s one more example of how badly Louisiana needs a new governor, and how fortunate the state is that the senators involved in parking those bills are term limited and likely gone from the legislature after this year (though the specter of Alario running for the House, something which cannot be allowed to successfully occur, still looms).