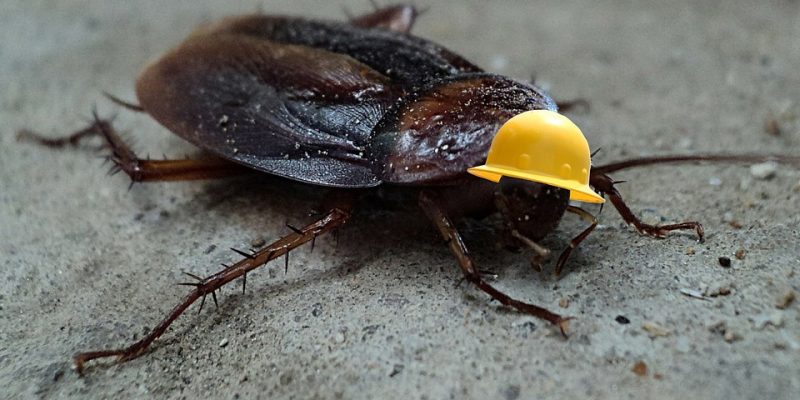 Civility and decorum have been hailed as key virtues during the recent “kumbaya” “unity session” of the Texas Legislature. The Capitol Press corps has sung that tune frequently over the past several months, as has leadership.

Many of the credentialed Texas Capitol reporters that have been around the block know the unwritten and often-arcane rules of engagement when it comes to advancing legislation under the Pink Dome. At times they revere the process.

An ironic twist is that one of the constituent outlets of the state Press Corps — the venerable Texas Monthly — spent a considerable portion of its biennial Best and Worst Texas Legislators list decrying a member who is known for throwing pleasantries out the window … while themselves doing basically the same thing.

Texas Monthly added a new category this biennium: Cockroach. It was awarded to Rep. Jonathan Stickland, an outspoken foe of government largess notorious for his defiance of conventional etiquette on the House of Representatives floor.

That’s not to say there isn’t a positive spin to it. Here are some good qualities of the aforementioned roach indicative of one who can get things done under difficult circumstances:

They’re one of nature’s hardiest and most persistent creatures, and if nothing else, you have to admire ’em for their cussed persistence.

And then there’s the nasty, uncivil comparison:

Nobody likes a cockroach. They’re nasty and always seem to be lurking where you least want them. You can fight cockroaches, but you can’t get rid of them. … This year, we’re giving Jonathan Stickland our first-ever Cockroach Award and enshrining the term for a lawmaker who accomplishes nothing but always manages to show up in the worst possible way.

Texas Monthly routinely doles out the designations based on how well a particular legislator gets along with his or her peers, which is assumed to be the key to being an effective lawmaker. To that end, they will harangue a bully-ish Democrat like Rep. Poncho Nevarez as much as they will the doctrinaire conservative bomb-throwers they tend to despise. And the somewhat-coveted “Bull of the Brazos” award (invoking two pictures of strength in Texas — virile livestock and a mighty river) is given to someone who, despite any right-thinking according to the press, was effective in their defiance of the established order. This session is was Sen. Paul Bettencourt, who nearly single-handedly dissuaded the Senate from advancing a penny sales tax increase.

But Stickland, who represents a district closer to the Trinity River than the Brazos, gets no such “Bull” this year, even though his first bill after several sessions passed — the ever-popular bill ending red light camera ticketing.

Stickland’s sins are, according to Texas Monthly, being a “hyper-libertarian,” “tea party posturing,” hogging the microphone, blocking legislation, defeating a $100 million mental health services expansion that threatened First and Second Amendment freedoms, and opposing large-scale expansions of government-mandated vaccinations. That’s enough to make those who really enjoy working at the Texas Capitol downright angry, as it apparently did.