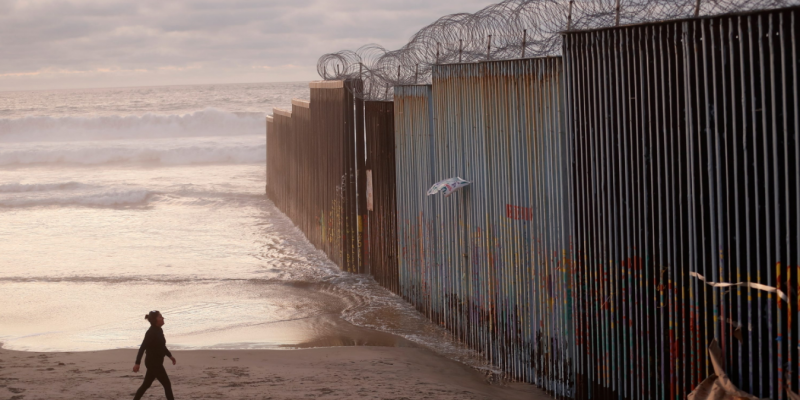 President Trump said his administration will have built more than 400 miles of border wall by the end of 2020, with the entire wall being finished soon after.

He said in an interview with Fox and Friends:

“So the wall is going up, it’s going up rapidly, we’re going to have over 400 miles of wall built by the end of next year. The wall is very important. It’s hard to breach it, it’s high, it’s strong, it’s powerful, and it’s going up at a much lower cost than the wall that was planned prior to me getting there.”

He also said the state of the previous border barrier under the Obama and Bush administrations is a disaster.

“You have to see what they built, it’s a disgrace,” Trump said. “We’re actually fixing it and in some cases we have to take down fairly new wall because it was so bad.”

Progress along the southern border has been made despite constant legal threats and political obstruction from Democrats.

He said Democrats have refused to work with him on any form of border security, saying Congress could “solve the asylum problem and the loopholes in 15 minutes.”

“We are going to have over 400 miles of wall built by the end of next year, the wall is very important.” –@realDonaldTrump pic.twitter.com/Nwec9QJTkh