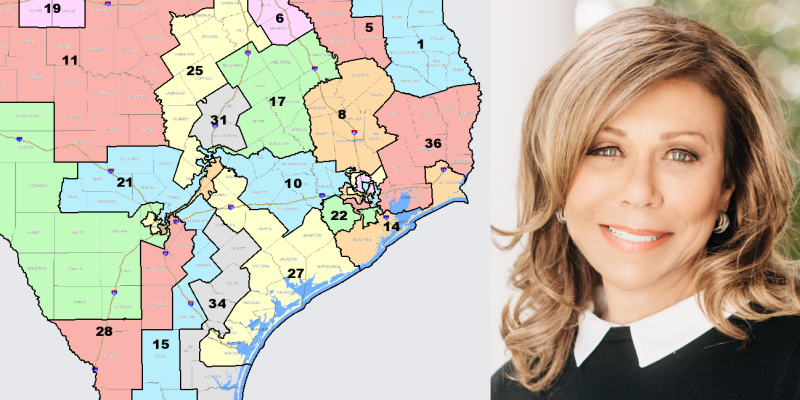 A day after of a key U.S. Supreme Court redistricting opinion was handed down, the names of those who will guide Texas through the early phases of the next map-making process was released by the Lieutenant Governor.

The nominations come as the state lays the groundwork for April 1, 2020 — the deadline for decennial Census data to be officially reported to the states.

Patrick noted in a press release that every region of Texas is represented and the composition is bipartisan. There are 10 Republicans and 7 Democrats on the committee. The House committee has remained the same since the beginning of the 2019 Legislature. The compositions of each committee will likely change slightly as the 87th Legislature convenes in 2021 — during which redistricting will follow the path of any other bill, though obviously a high-priority item.

If the Legislature does not approve maps in 2021, the Texas Constitution allows them to punt responsibility to the Legislative Redistricting Board (LRB), a five-member body of statewide officials including the Lieutenant Governor, House speaker, Texas Attorney General, Comptroller, and Land Commissioner — all Republicans. But they may only act for a limited time following the close of the legislative session.

Courts have had an increasing tendency to insert themselves into the redistricting process — a practice that may be greatly curtailed by the aforementioned Rucho decision (see our coverage here).

From the hip: Let’s say the Democrats have their way in 2020 and manage to flip 12 House seats (they’re currently targeting at least 17 seats that are theoretically or realistically flip-able): they would control more of the House redistricting committee and pave the way for turning Texas blue in the 2020s, but would still have a tough road ahead. The mainstream media has been salivating over this scenario for quite some time, pointing out demographic shifts and dissatisfaction among certain voters with President Trump. But here’s a reality check for anyone seriously banking on a blue Texas:

1) The Dems still need to pick up four seats in the Senate to control legislation, but would face a steep climb in the chamber as the Lieutenant Governor is elected statewide (e.g. likely to be a Republican) and appoints the Senate committees. Texas still leans heavily right on most issues, Trump is solidifying his support among Republican voters, and 2020 may not be as friendly to Democrats as was 2018;

2) The aforementioned Rucho decision will affect efforts by federal judges to intervene in partisan redistricting plans, but how that will play out is anyone’s guess. One thing we do know is that it is liberal activist judges who often insert themselves in the process, and without the fear of maps being blocked by judicial fiat, Republicans are likely to become bolder in drawing the lines;

3) Straight-ticket voting will be eliminated in Texas starting in 2020, but the effects of that have yet to be observed. Party labels will still appear by candidate names. Observers have pointed out this move will benefit Republicans.

Obvious but worth noting: Texas has long been projected to gain three or four Congressional districts after Census results come in. The party that controls the redistricting process in Texas will have a noticeable effect on Capitol Hill in D.C.