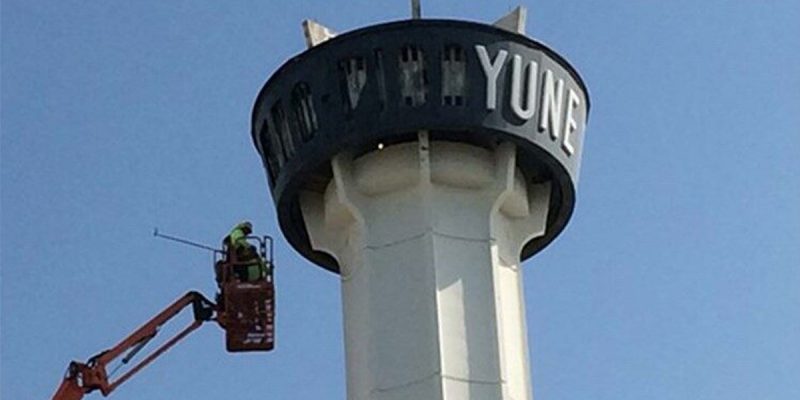 In its final issue as THE Times-Picayune, the newspaper announced that daily home delivery of the paper would resume on Monday.

That was quite a bit of parting #fakenews for the once-august publication.  Though its dwindled readership had to be used of that practice by now.

Yes a newspaper was delivered to their subscribers on Monday morning with the words Times-Picayune in its distinct font across the top but with the New Orleans Advocate right below it, signaling the official merger of the two newspapers.

While the TP’s name has top billing, let there be little doubt who absorbed whom.

Because it wasn’t The Advocate’s reporters who were pushing their resumes in their social media accounts over the past few weeks.

Over the past few weeks the front page of what was once a fiercely moderate newspaper more resembled the Twitter page of a social justice warrior featuring stories such as “Media treatment of LGBTQ news is still evolving” and other issues more important to the denizens of the faculty lounges of Loyola and Tulane than the residents of a city with no shortage of very real problems such as boil water advisories, horrible roads, unchecked violent juvenile crime, and failing drainage systems.

That is to say nothing about scandalous behavior by elected officials who resembled the central characters of a dark Netflix series than local muckety-mucks.

Those producing the paper in its waning days were practically trolling loyal subscribers on their way out while creating work samples for job interviews at the Village Voice or Mother Jones.

But I should give the devils that once inhabited the now demolished architecturally brutalistic headquarters on Howard Avenue their due, for what you are reading right now is the continuation of something that started 27 years ago this month when my first ever opinion piece appeared in the Times-Picayune, printed on my 18th birthday.

And it was a harsh criticism of their very publication.

In the summer of 1992 the Times-Picayune ran an extremely offensive front page story referring to St. Bernard Parish as being the “ugly duckling” of the New Orleans area.  What they meant to call the people of St. Bernard was white trash but the editorial board thought they’d be clever by simply implying that characterization.

Never had a major newspaper given such a brazen middle finger to a community within their market.

It was a petty, condescending act against a less affluent community by the paper’s upper crust managers and their politically progressive staffers.

Even as a teenager I was incensed by the insulting article and poured forth my fury in a multi-page response produced via dot matrix printer.  After carefully tearing off the side perforations from the paper and detaching the individual pages I signed the screed and mailed it to the Times-Picayune’s headquarters. If memory serves me right, I was far less diplomatic in my response but I was 17 years old.

I remember one line in particular regarding their Vivant section that sounded like the vituperative product of a collaborative effort of William F. Buckley and Richard Pryor.  In all fairness, the newspaper did include paragraphs degrading the virtue of young women from St. Bernard.  I believe the term “slutters” had somehow been worked into their article, a sophomoric play on the “Strutters” local parade dance troupe.

A few days later I received a call at my summer job by a newspaper employee asking me if I had indeed sent them a letter about their “duckling” piece to which I replied in the affirmative.  After hanging up the phone I immediately began to wonder what exactly they were going to run or if it would be run in its full “gory”.

The letter I sent was included in a series of indignant replies from parish residents and mine was charitably edited, leaving out my counter-insults while retaining the parts where I extolled the praiseworthy attributes of the only place I had lived in since my mother first brought me home from Methodist Hospital in New Orleans East.

I kept a copy of that insulting newspaper until Katrina washed it and most of what I owned prior to August 29, 2005 away.  But I never forgot the Times-Picayune’s hit job on St. Bernard and never forgave the newspaper.  I tried looking it up on the interwebs though it appears their self-inflicted blemish on their character has been purged.

Since that maiden editorial defending St. Bernard Parish’s honor, I have written well over a thousand pieces about subjects ranging from the need to scrap the anti-ballistic missile treaty to explaining how impeachment works (during the Clinton-Lewinsky scandal) to the Times-Picayune’s role in the bowdlerization of historic landmarks.  I even managed to score two writing gigs with the BBC covering the 2008 Republican National Convention and CPAC three years later.

Part of me should feel sad to see the city lose a newspaper, even one most disagreeable in philosophy, but when considering what their absentee owners in New York and local management did to it, I can neither say I am surprised nor disappointed how a one-time pillar of the community got pulled down, broken into pieces, and then sold for parts.

The pile of rubble off the Pontchartrain Expressway is the well-deserved legacy of the out of state owners and local collaborators in management that betrayed their readers, abandoned their employees, and destroyed an institution.

Interested in more news from Louisiana? We've got you covered! See More Louisiana News
Previous Article Home Depot Co-Founder Bernie Marcus Vows to Donate Most of His Billions to Charity, and Help Re-Elect Trump
Next Article We Wonder How Long Cedric Richmond Is Going To Stick With Joe Biden…