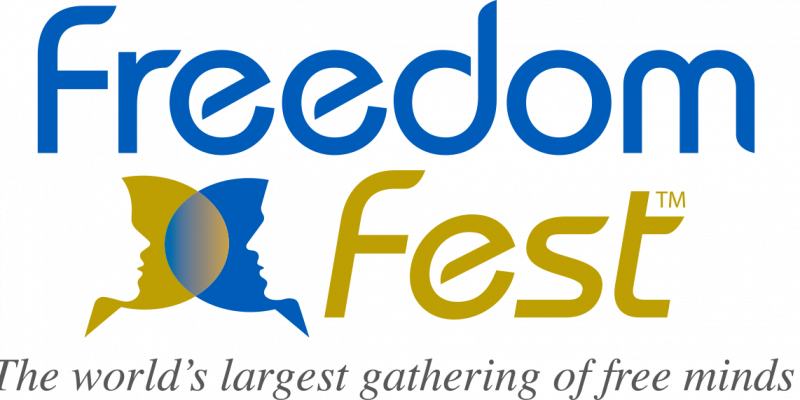 A couple of weeks ago I had the opportunity to attend the annual FreedomFest conference in Las Vegas. Personally, I tend to prefer this conference to CPAC because for starters it is in Las Vegas and I generally get more out of the breakout sessions than I do at CPAC.

But the mainstage was interesting as well. I had the chance to listen to Herman Cain speak. He was there to pitch an interesting product called FeedMe, which is being promoted by Liftable Media which owns the Western Journal among other conservative websites. FeedMe is an app that is set to debut later this year that is designed to be a workaround Facebook’s algorithm changes. It allows users to put their Facebook, Twitter, and Instagram friends into a superfeed. In addition, FeedMe will have some publishers publish directly to the feed.

In addition to promoting FeedMe, Cain took part in a panel discussion with Stephen Moore about what the two men would’ve done on the Federal Reserve. Both men were appointed to the Federal Reserve by President Trump but both men had to withdraw from consideration under controversy. Both men would’ve lowered interest rates sooner among other things.

Actor and producer Kevin Sorbo also spoke at the event. He was there to promote his latest movie “Miracle in East Texas.” Sorbo spoke about being a conservative in Hollywood. Basically, after he publicly posted conservative views online, he had to form a production company in order to get work.

Kevin O’Leary aka “Mr. Wonderful” spoke at the event about a company he was invested in, Wicked Good Cupcakes. O’Leary then debated Whole Foods co-founder John Mackey about business ethics. O’Leary’s argument was that the only purpose of business is to make money while Mackey was offering a more holistic approach to business. The audience appeared to side with Mackey.

The event also featured the Anthem Film Festival, which is billed as the only libertarian film festival in existence. I had the opportunity to watch “The Creepy Line“, “American Consequences 2020“, and “The Fight Of Our Lives.” The winner of the festival was a movie called “No Safe Spaces“, which I had the privilege to see at CPAC.

There was also another interesting debate about China tariffs between Moore and Don Boudreaux, an economics professor at George Mason University. Moore was defending Trump’s China policy while Boudreaux was critical. The audience appeared to be with Moore as some of Boudreaux’s criticisms of the China tariffs were weak.

All in all, while the conference is geared towards a libertarian audience, you can definitely see Libertarian Party life members and “deplorables” both walking around. Generally, most center-right organizations have a presence there because it is a donor rich environment.

Would I recommend going? Sure. The break out sessions are very informative and there are plenty of networking opportunities. Plus, I’m never opposed to a trip to Las Vegas, even when it is in the 100s.