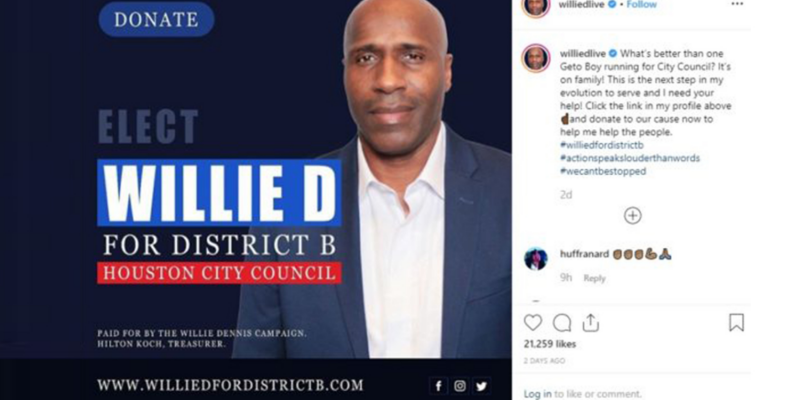 District D is currently held by Councilman Dwight Boykins, who is running for mayor, according to reports by the Houston Chronicle.

“It’s official,” the rapper said in an Instagram post. “I’m offering myself for service as the next Houston City Councilmember for District D. Join our movement! More details to come. www.bradfordistrictd.com.”

The rapper also included his slogan in the post, which is “Of the People, For the People.”

Fellow Houston rappers Paul Wall and Bun B expressed their support for Jordan’s announcement on his Instagram post.

Willie D was not too far behind to declare his candidacy also to serve his hometown of Houston. 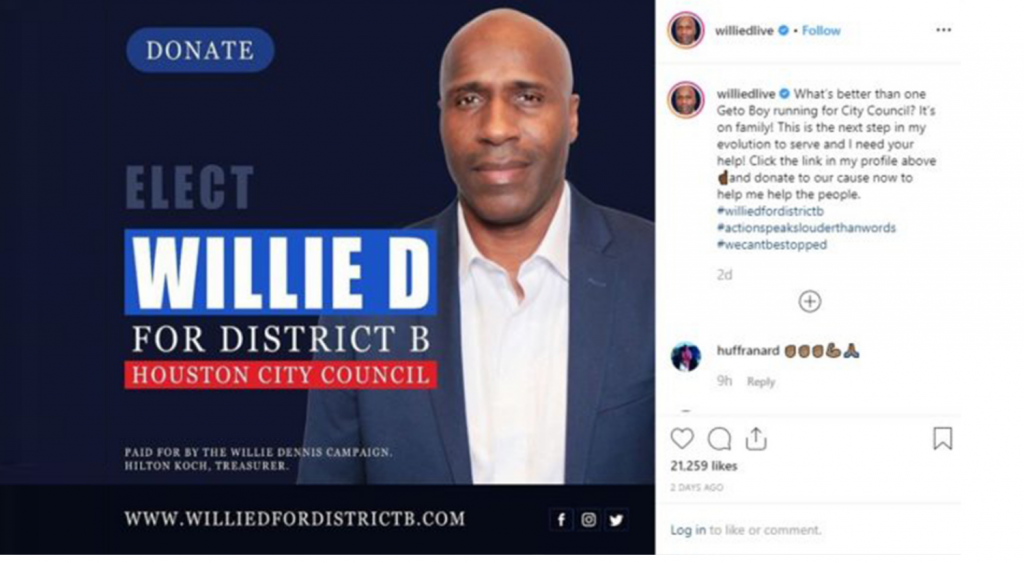 Both rapper’s announcements declaring their candidacy came shortly after the third member of their group, Bushwick Bill, died from pancreatic cancer on June 9. He was 52 years-old.