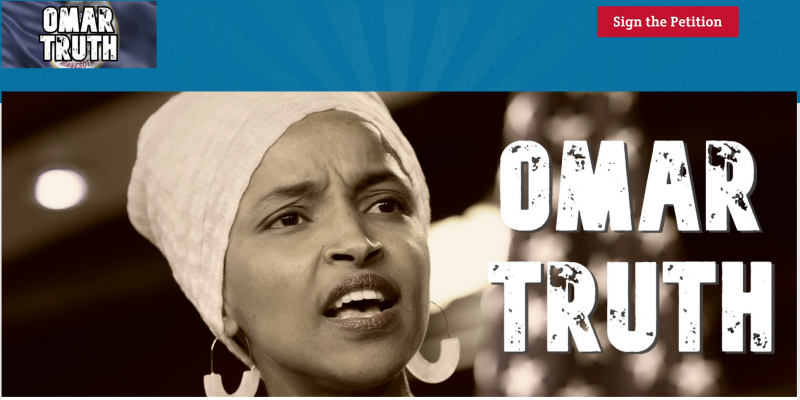 At a press conference held at the Minnesota State Capitol today, state Rep. Steve Drzakowski, a Republican, is calling on the U.S. House Committee on Ethics to investigate U.S. Rep. Ilhan Omar after the state’s campaign finance board reported she violated federal tax law and state campaign finance rules.

“Representative Omar has not been forthright with the good people of Minnesota; plain and simple,” Drazkowski said. “She has been deceptive about her past, and refuses to provide answers. The people have got to know whether their congresswoman is a crook.”

The formal request outlines what Drazkowski says is an “alarming pattern of behavior,” and evidence that he says warrants a full investigation into alleged immigration fraud, perjury, tax fraud and federal student aid fraud.

“Probable cause is the standard authorities use to launch investigations,” Drazkowski said. “Make no mistake, exhaustive reports and inquiries have shown that probable cause clearly exists in this case. The investigation of Ilhan Omar must begin.”

A report released last month by the Minnesota Campaign Finance and Public Disclosure Board says that Omar violated state campaign rules by using campaign funds to pay for non-work-related trips. The board also found that Omar filed her taxes jointly with a man to whom she was not legally married, in violation of federal tax law. Some states allow for joint filing for “common law” marriages but Minnesota does not. Omar also was still married to another man at the time of the filings.

Omar filed joint returns with her partner, Ahmed Hirsi, the father of her children, while she still was legally married to Ahmed Nur Said Elmi, a British citizen, from 2009-2017.

There also have been allegations that Elmi is Omar’s brother, something Omar has called “absurd and offensive.” Omar and Elmi divorced in December 2017.

Omar did not immediately return a request for comment. In a previous statement on the campaign finance violations, she said she would comply with the state board and repay the campaign money in question and also pay a penalty.

While Omar has called on President Donald Trump  to release his tax returns, she has not returned hers. Because of federal privacy laws, the IRS says it cannot comment on any potential investigations into alleged tax fraud.

Drazkowski on Tuesday also called out the media for what he said has been its failure to investigate the matter, saying, “If a conservative lawmaker deceived the people of Minnesota in a similar fashion, then the press would be staked outside their home.”

Drazkowski also launched “OmarTruth.com,” which includes a petition for individuals to call on Congress to investigate Omar for “extensive allegations of ethical and legal misconduct” allegedly committed by the congresswoman.

Phillips and Reps. Ted Deutch, D-Florida and chairman of the Ethics Committee, did not immediately respond to requests for comment.