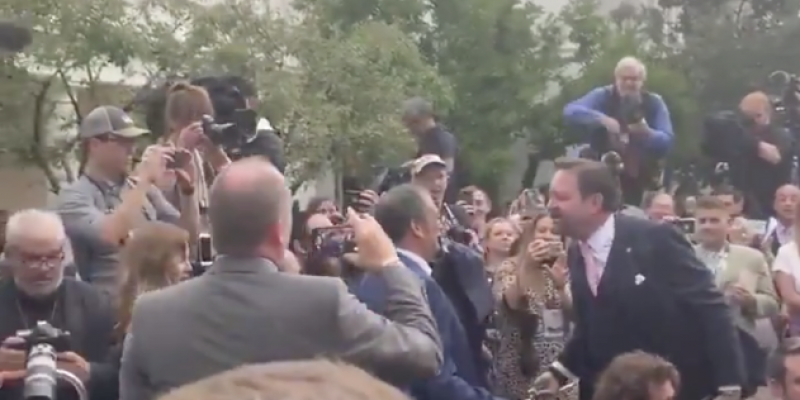 In what should have been an historic and important event about citizenship, one mainstream reporter Brian Karem challenged former White House advisor Sebastian Gorka, PhD, to a fight. And the videos and commentary are sadly, CRAZY.

My $$$ was on Seb as I note pic.twitter.com/yXfJfOKaZT

Here’s a question: WHY IS PLAYBOY AT A WHITE HOUSE PRESS CONFERENCE?

Who the heck is Brian Karem?

POTUS leaves without taking questions. “Talk to us! The real news!” Then this mess unfolded with Sebastian Gorka yelling at a journalist. Supporter say Gorka could “kick your punk ass.” This is happening in the Rose Garden. pic.twitter.com/FmE4KYT9eO

It was Brian Karen and he challenged @SebGorka to a fight, then thought better of it https://t.co/EnPu8rPWyU

Nothing like getting a member of the FAKENEWS challenge you to a fight when you’re both standing in the Rose Garden of the @WhiteHouse.

These people are not journalists.