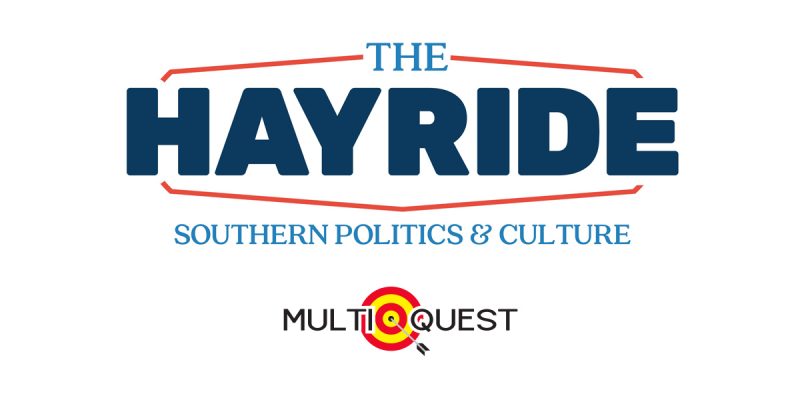 Scott McKay of The Hayride commissioned Multi-Quest to perform the below poll, along with a brief summary, to gauge voter opinion toward the candidates running for Louisiana governor.

Six-hundred and one (601) Louisiana voters participated in poll conducted between July 19th and 21st, 2019 where 572 voters participated by means of an IVR (Interactive Voice Response) and 29 voters were interviewed live via telephone.  While IVR (or Robo Polls) typically depend on huge participation numbers in order to produce confident results, this poll used specific precincts selected throughout Louisiana’s 64 parishes based on a model developed by pollster John Grimm of Multi-Quest for “live interview” polling that have consistently paralleled statewide results in previous elections over the years – thus producing results here with a high confidence level.  Modest weighting adjustments were made where there was over- or under-sampling of some demographic groups in various areas of the state.  A sample of this size for a poll statewide in Louisiana has a maximum error of plus or minus four percent (+/-4%).

The entire poll report, including crosstabs, can be found here.

Overall, Louisiana voters appear to see the state’s direction in a positive light, primarily due to Democrats, non-party Independents and black voters having a much more positive observation than Republicans and white voters.  78% of Democrats and 58% of Independents think Louisiana is moving in the right direction compared to only 43% of Republicans.  By race only 52% of white voters like where the state is headed compared to a huge 85% among black voters.

Q:           What is your opinion of the candidates know to be running for governor?

When looking at the crosstabs, it’s not surprising Landrieu and Rispone have low numbers due to widely being unknown.  But, Edwards’ high numbers are due to his scoring better among Democrat voters than Abraham does with Republicans.  In fact, Edwards scores as well among Republicans as does Abraham (at 41%).  Edwards scores much higher than Abraham among both male and (particularly) female voters (better than double that of Abraham rating among females).  As expected, Edwards has a commanding rating among black voters and even among white voters to that of Abraham.

Q:           For governor, who would you vote for among the following candidates?

Besides Edwards getting strong, favorable support among Democrats, black and female voters, a major factor is Edwards’ name recognition at nearly 89% compared to Abraham with only 51%.  Very low name recognition factors into Landrieu’s and Rispone’s low support.

Q:           If the run-off for governor was between Ralph Abraham and John Bel Edward, who would you vote for?

In review of the crosstabs, it appears Edwards picks up practically all of the Landrieu vote while even getting some crossover from Rispone voters.  This has to be disappointing to the Abraham campaign.  More disappointing for Abraham is that he garners only 61.5% among his fellow Republican voters compared to Edwards who reins in 69.1% of his fellow Democrats.  Another major killer for Abraham is among non-party Independents.  Here Edwards beats him 50.0% to 32.2%.  While Abraham has a good lead among white voters (52-36 percent), Edwards makes up ground among black voters by a near 8 to 1 margin.  Then the disparity among female voters helps Edwards, 51 to 36 percent, with Edwards even having a slight lead among males 47-44 percent.  Clearly, these numbers show Abraham needs to bring Republican voters back home and needs to convert some of those Independent voters to his side.  Of course Abraham increasing his profile and becoming more well-known could only make the race tighter.

Q:           If the run-off for governor was between John Bel Edwards and Eddie Rispone, who would you vote for?

Edwards’ vote does not increase head-to-head against Rispone.  Which indicates Edwards support caps at roughly 49%.  Rispone’s low name recognition is the greatest factor here.  These numbers will easily change if Rispone and his campaign become more visible.

Landrieu was not tested in a run-off scenario having gotten less than 5% in the open primary question.  Looking at the crosstabs suggest his numbers in a run-off against Edwards would have been no better than Rispone’s or possibly lower.

Q:           Looking ahead to next year’s presidential election, will vote for Donald Trump or  will you definitely vote for someone else?

With 56% of decided voters (only 10% undecided) and upon analysis of the demographics, at the moment, Donald Trump can firmly put Louisiana in the “W” column. Besides being very strong among fellow Republicans, he has good numbers among white Democrats, wins among Independents and wins among women voter beyond the margin of error.  Louisiana is Trump country.

Demographic by Party, Race and Gender

While the Edwards campaign would surely be happy with these poll numbers, getting over confident would be a mistake.  Against either candidate head-to-head, Edwards can’t quite crack the 50% line.  With high name recognition (nearly 90%) he really can’t go up in this category.  Thankfully for him, he has strong favorability rating numbers to help.  But, that might not hold up once his challengers start ganging up on him, which inevitably will drive down his numbers while helping his opponent going into a run-off.  True, Edwards has a hefty war chest along with Democratic PAC money, but as far as we know, none of Edwards’ Republican opponents have been known to hang out in brothels.  In other words, his opponents this time around won’t be so easy attack on non-political issues.  At this point Edwards’ run off numbers at best do not appear to be any better than the low 50 percentile.  That’s something he has to be somewhat concerned about because there’s not much room for him to go up.

Where Landrieu goes in the run-off will be interesting and could serve to Edwards’ benefit.  Regardless of what he does, with a name like Landrieu, it can only help Edwards among Democrats and Independents that vote for Landrieu in the open primary.

So this is definitely a situation where you have to choose if the glass is half empty or half full.  Republicans like Abraham and Rispone can only go up once they kick their campaigns into higher gear.  Even if Rispone cannot increase his numbers to get into a run-off, his campaign, with its huge war chest, is in a position to help his fellow Republican Abraham cut down Edwards’ numbers.  The message here is they need to work together, avoiding the catastrophe among Republican candidates in 2015.