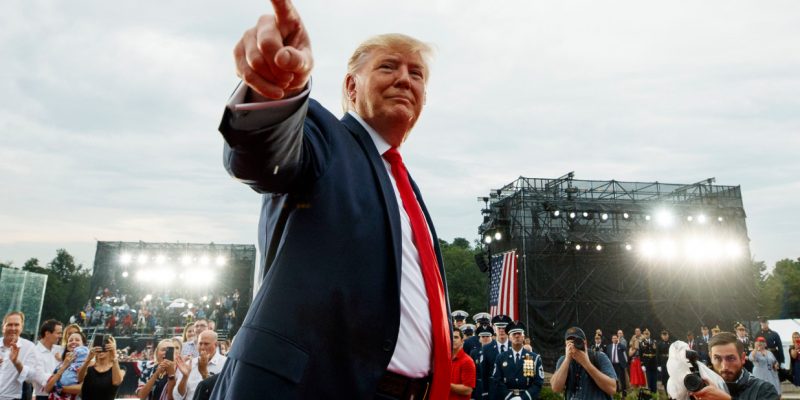 The most recent polling which was released over the weekend by WP/ABC reveals that 44% of registered voters surveyed approve of Donald Trump’s job as President, 2 points higher than his previous peak in office. Meanwhile, 53% disapprove, which is a point lower than previous polling.

A few highlights for the 45th POTUS is that a strong majority of 59% do not think Congress should “begin impeachment proceedings” while a 51% majority of Americans approve of Trump’s handling of the economy and another 48% approving of his agenda on taxes.

On the down side, the data shows that 65% of respondents disapprove of his “unpresidential” rhetoric while only 28% believe he has conducted himself in a “proper and fitting” way.

However, in a “head to head” against Democrat front-runner Joe Biden, President Trump appears to trail 53% to 43% with 3% undecided. However, considering the margin of error and a likely undecided swing to a successful POTUS, it could very well be closer to 50/50.

The mainstream media will likely flood the airwaves with headlines like “Biden Can Beat Trump” but the facts still remain that Biden is being out-raised 4 to 1 and still has to fight (and spend) his way to the nomination while remaining the biggest target in the field. Also, we all remember how “45” overwhelmingly won the Electoral College in 2016 without winning the popular vote.

These unfortunate truths, or fortunate truths depending on your political persuasion, renders most of these polls as little more than publicity stunts.

The poll which was commissioned by the Washington Post and ABC News was conducted from June 28 – July 1 and included over 1,000 adults. The survey has a margin of error of 3.5%.

Interested in more national news? We've got you covered! See More National News
Previous Article June’s robust job growth continues economic boom
Next Article If Your Children Are In Public School, John Bel Edwards Is Not On Your Side