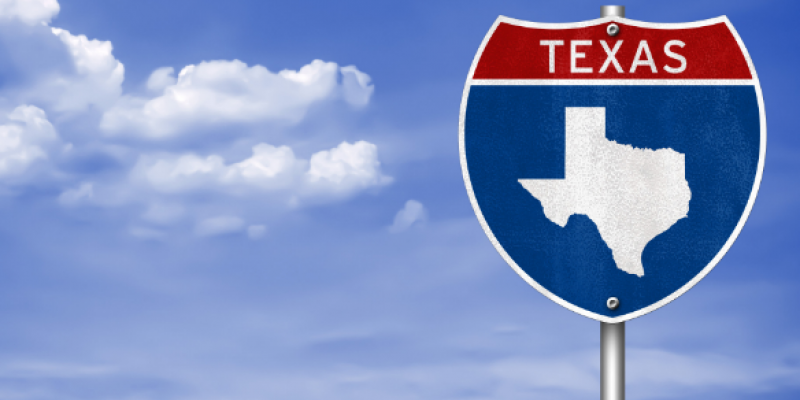 Texas is the best state to start a business and Rhode Island is the worst, according to a new report from the consumer finance site WalletHub.

In its latest 2019 ranking of the Best & Worst States to Start a Business, the report reviews several factors that help start-ups fail or succeed.

The ten best states to start a business according to the website are Texas, Utah, Georgia, North Dakota, Oklahoma, Florida, Arizona, California, Montana, and Colorado.

“A state that provides the ideal conditions for business creation – access to cash, skilled workers and affordable office space, for instance – can help new ventures not only take off but also thrive,” Adam McCann, financial writer at WalletHub, said.

The study compares 50 states across three key areas: business environment, access to resources, and business costs, evaluating 26 metrics within them.

States with the lowest average growth in the number of small businesses are Ohio, Mississippi, New Mexico, Vermont and West Virginia.

According to U.S. Bureau of Labor Statistics data, about one-fifth of all startups don’t survive past one year of operation; nearly half don’t make it to five years.

According to a research brief by CB Insights, the top reasons why start-ups failed was due to “no market need,” “ran out of cash,” “not the right team,” “got outcompeted,” and “pricing/cost issues.” Included in the top twenty was location.

Joseph Fox, visiting assistant professor at the Fitzgerald Institute for Entrepreneurial Studies at the University of North Dakota, says that state policies “certainly have an impact on whether and where to start a business.”

Pointing to Texas, he notes that “Governor Abbott signed a law allowing individuals to order beer and wine for delivery with food to their home. In a time where food delivery startups are still expanding, a small change like this might entice an entrepreneur to create something to address this potential new opportunity.”

“On the whole, the economic policies of the Trump administration will promote new business development,” Gaughan said. “This is the result of a pro-business, pro-investor, and ‘U.S. first’ attitude.”

“However, the potential for new business development will not be maximized by the Trump administration policies because the broader economic stability and predictability are not as good as they should be,” he adds.

When it comes to tax breaks and other incentives to help start-ups, Gaughan says they “make sense in competing for the location of ‘new’ existing businesses into a state.” He notes that he’s not aware “of any evidence indicating that tax breaks encourage ‘new’ business creation.”