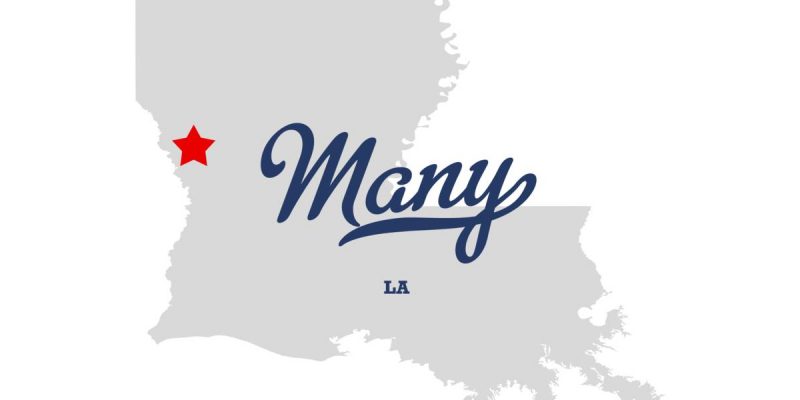 Need another reminder of why Louisiana should abolish the concept of elected police chiefs and pay its mayors reasonably? Welcome to Many.

The hamlet of just over 2,700 in Sabine Parish experienced some great, if non-family, entertainment last week at a special meeting of its City Council. The slightly majority-black population is represented by its mayor of more than three decades Ken Freeman, a white Republican; its police chief of more than a decade Roger Freeman (no relation to the mayor), who is white and last ran under an other party label; a Democrat white at-large alderwoman recently appointed after the death of the incumbent; and four other aldermen elected from districts of whom two are black Democrats, one a white Republican, and the other a white no-party registrant. All except Ken Freeman who were elected in 2017 faced no opposition; Freeman faced (for the second time) black Democrat DeDarren Henry, winning with 58 percent of the 423 votes cast.

The fun actually started in May, when Ken Freeman got pulled over for speeding on the way to the Sabine Parish Detention Center ostensibly to spring someone he knew that he alleged was arrested illegally. The town officers let him go without a citation, even though he had not stopped, supposedly running a stop sign, until reaching the jail and entered it without responding to officers’ commands to halt.

Last week, the meeting focused on making the chief’s job elective. Some citizens wanted to department abolished and to let the parish conduct law enforcement, saying that town police were unresponsive to recent criminal activity and engaged in “social profiling.” Others supported the department and called for salary increases for its employees.

After a unanimous vote to put the matter on the November ballot and the meeting adjourned, officers arrested Ken Freeman. Assistant Chief Dewayne Brumley asserted this happened a month-and-a-half after the fact because of an investigation by the parish district attorney and state attorney general, producing an order signed by (renegade) district court judge Stephen Beasley for the arrest, orchestrated by Roger Freeman. In fact, both the 11th District and state attorney general offices denied their involvement.

Upon frog-marching Freeman out of the building, Brumley continued his chatter, accosting two of the female alderwomen (one of whom had queried Brumley during the meeting and elicited from him that he trusted Roger Freeman so little that he recorded his utterances). He used expletives referring to both and invited them to physically retaliate.

Unfortunately, this circus doesn’t look likely to leave town anytime soon. Why would Ken Freeman so flippantly treat lawful authority; it’s not like he was an ambulance racing to an emergency? Why would Roger Freeman delay the arrest (and apparently misrepresent its timing) until his elective job came under fire? Why would Brumley bizarrely admit distrust of his boss, then carry out his wishes with such relish as to insult elected officials? It’s two things about the town’s basic governance contributed to the boorish behavior of both Freemans and Brumley.

First, a town the size of Many doesn’t need an elected police chief. Such arrangements, even in large cities, invite discord and inefficiency and don’t promise qualified chiefs. Across Louisiana the concept causes indifference and provides incentives for behavior unbecoming a public servant. Having separate elected officials at loggerheads promotes, if not exacerbates because of independence, the conflict in Many that, at the very least, distracts from running both the city and department while personality conflicts play out.

And, the Many mayor receives a full-time salary with total compensation around $40,000 annually. That’s almost $100 a vote cast in the last election. There’s no need for a full-time official to oversee a burg of fewer than 3,000 residents. Too much time with too little to do creates an atmosphere conducive to mischievous political intrigue.

Many’s voters should make the chief’s job appointive. But they should do more by pressuring officials to make the mayor’s job entirely part-time as many other similarly-sized cities do. And the Legislature could help out by setting in motion the abolishment of elected chiefs statewide.