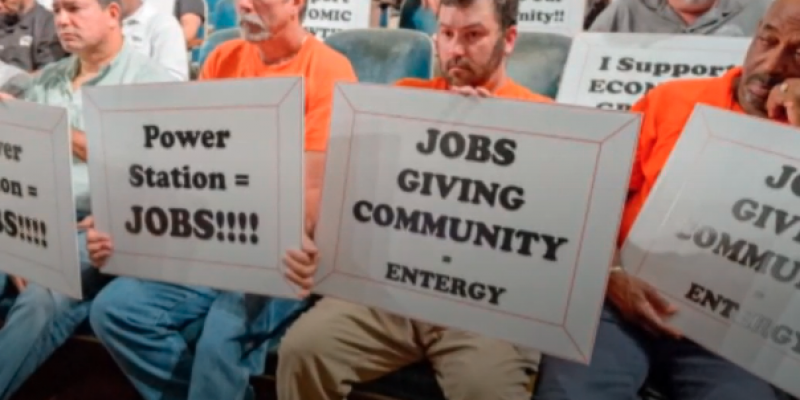 You have to admire ruefully the Luddites in New Orleans for their ideological fervor: they’d rather be right than save themselves and the people they allege to represent in the neighborhood of $100 million.

They’ve had their panties in a wad ever since the City Council reaffirmed a decision to have Entergy New Orleans construct a gas “peaker” plant for use in times of stress on power provision and emergencies (such as a tropical storm slamming the area) for a city with no capacity to generate its own power. They argued for all sorts of alternatives to this relatively clean power, but none are either practical or cost effective.

Nonetheless, the faith in their case is such that they pursued multiple legal avenues to overturn the decision. With Louisiana’s weak tradition of rule by law – its political culture too tolerant of men on horseback who bend rules and norms to achieve their desired outcomes – they felt they could hit on an activist judge willing to read into the law their agenda.

And they found one in Orleans Parish Civil District Court Judge Piper Griffin, who in a series of rulings said a Council committee meeting in February and regular meeting in March violated the state’s Open Meetings Law. The ruling orders as a remedy new meetings and votes on approval of the peaker.

For both meetings, Entergy aided in “packing” the venue, potentially shutting out opponents of the peaker solution. In February, the firm exhorted employees to show up at the City Council’s hearing on the issue, and for both meetings a subcontractor apparently without Entergy’s knowledge hired a company to pay people to show up in support. Additionally, the February meeting seemed to have an agenda change inside a prohibited time window.

Possibly the agenda issue could constitute a violation. But Griffin’s logic was nothing short of ridiculous in alleging inability for all parties to express an opinion at the meetings as an open meetings violation, even though neither the city nor Entergy did anything illegal regarding participation in those meetings. Stupidly, the judgment conflated the concept of sunshine with having “citizens’ voices heard,” creating a novel standard that governments must guarantee that all opinions are articulated during an open meeting. That’s never been the intent of such laws, just that meetings be open to the public. Nowhere has any allegation been made that New Orleans doesn’t regulate open meetings, including capacity constraints and the right to address policy-makers only if present in the room, in a constitutional manner.

And, opinions on the issue had other avenues for expression, such as through public comments solicited by postal mail and e-mail. Rightly, the city has appealed the decision to the Fourth Circuit, where presumably more dispassionate heads will prevail.

But, most interesting about this, even if somehow the plaintiffs won all appeals and then the Council reversed itself, legally as of a few months ago the city already was on the hook for $96 million in sunk costs on the project made by Entergy over the past year. That’s probably escalated to at least $100 million by now, which ratepayers would have to bear if the peaker gets cancelled.

Consider then what these Luddites want. Driven by their ill-informed paranoia over catastrophic anthropogenic global warming, they would rather have ratepayers, in one of about the top dozen major cities for lowest median household incomes and highest poverty rates, fork over roughly $500 each for nothing and also make them pay higher rates for a shoddier solution.

Caring more for ideology than people doesn’t make for good governance. New Orleans needs to stay the course, regardless of the legal steps involved, to let Entergy build the gas peaker.