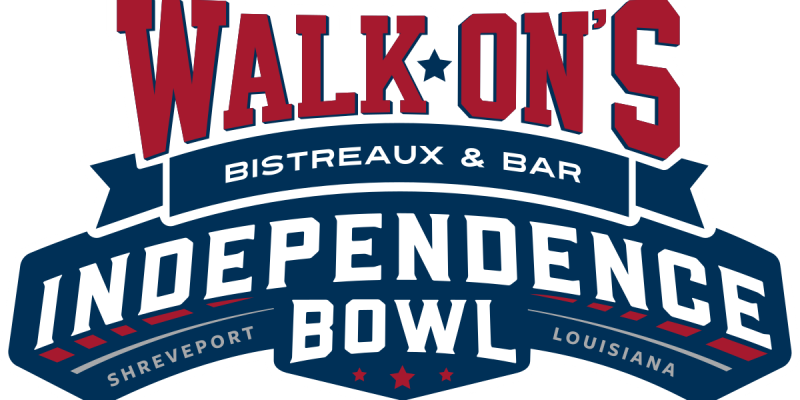 One northwest Louisiana entertainment institution, the Independence Bowl, faces another threat to its continued existence despite taxpayer assistance. Another seems poised to magnify its drain on taxpayers unless wiser heads prevail.

The summer hasn’t been kind to Shreveport’s Independence Bowl or Bossier City’s (for now called) CenturyLink Center. In June, the former received news that the Southeastern Conference and Atlantic Coast Conferences would drop their affiliations with it starting after this year. In July, the latter found out that its arena’s eponymous corporation would cancel the deal for naming rights next year (which means, if past practice applies, the city will have to change the name of the street it’s on.)

The SEC tie-in was crucial to the game’s health, now the eleventh longest-running such postseason matchup. The closer a participating school’s fan base, the better ticket sales will be. The ACC’s closest campus was farther away that he majority of SEC schools, but at least it fulfilled its quota every year for the past several which the SEC couldn’t always do.

That has left the I-Bowl scrambling to find tie-ins. Rumor had it that the Pac-12 Conference would send somebody, but it has yet to announce its lineup but did reveal it added a new bowl game within the conference footprint, meaning the I-Bowl might fail to secure a team as well. If so, it would be scrambling to line something up among the minor, non-Power Five conferences, a situation it hasn’t faced since its early days.

Even if that means it could attract teams geographically closer, that might not help finances. A larger portion of their fan bases could show up, but those bases are much smaller typically. And that likely would mean lower bookings of hotels and dining out as more spectators would drive in and out for the game right before and after.

And the I-Bowl needs financial help. It has secured Walk Ons as its title sponsor, but after this year the Louisiana-based restaurant chain could walk on out of that deal two years early. The foundation behind the game, despite receiving typically in the $400,000 range a subsidy from Shreveport plus a portion of the city’s hotel tax in the neighborhood of $600,00 annually, continues to lose around $100,000 a year and has a negative net position of over $1 million.

Worse, its payouts to schools remains stagnant, if not falling, while other bowls raise theirs, which may have factored into major conference hesitancy to align. The loss of a title sponsor, which it weathered when financially healthier, might be the death blow. Of course, this space has downplayed its chances of survival before – in 2005, 2009, and 2013 – and yet the I-Bowl has hung in there.

If it does finally succumb, at least that will let taxpayers off the hook. Those across the river may not have such luck with the chronically money-losing CenturyLink Center, which Bossier City taxpayers had to cover its most recent (2017) loss of around $300,000. That shortfall would climb without a naming deal or a reduced one, which records suggest were worth at least a couple hundred thousand dollars annually.

CenturyLink, based in Monroe and one of the state’s two Fortune 500 companies but having expanded operations through acquisitions that have the majority of its employees and management outside the state, has suffered financially recently and promised to stay in Louisiana until 2025 subsequent to receiving a new round of state subsidies. It also has naming rights to other venues across the country, most prominently in Seattle with football’s Seahawks and baseball’s Mariners as anchor tenants.

As for the arena, it hasn’t had an anchor tenant for nearly a decade, contributing to its financial problems. The two-decade-old structure also needed $10 million in renovations concluding this year.

Which just adds more impetus for Bossier City to sell it – also suggested in this space multiple times. A spruced-up facility that looks set to lose even more taxpayer dollars provides the most incentive ever for the city to get out of the entertainment business despite the ego boost it provides and additional opportunity to count coup on Shreveport. A private operator likely could do as good a job without reaching into taxpayer pocketbooks.

Unfortunately, Bossier City politicians historically have placed more value on converting their small-town mentality into a big town appearance by having shiny baubles like the arena funded by government, so weary city taxpayers shouldn’t hope for the best.