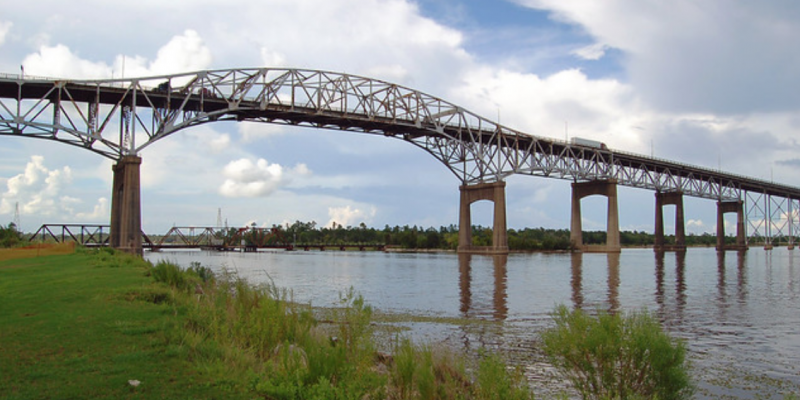 In response to Gov. John Bel Edwards’ pledge to commit $85 million to rebuild the I-10 Calcasieu River Bridge project Congressman Clay Higgins says much more needs to be done to even qualify to receive federal funds.

Congressman Higgins sent the governor a letter Wednesday arguing that “further action must be taken to clearly define the project, architecturally and financially, before any funds can be used or before the project is eligible for federal assistance.”

The state has fallen behind in even meeting the benchmarks needed to qualify for federal funds. Significant milestones remain incomplete including an unfinished environmental impact statement, an a non-finalized plan and project footprint, not to mention ongoing litigation between the state and local industry, Higgins argues.

Higgins’ office has been focused on rebuilding the bridge at the federal level.

In the letter to the governor, Higgins writes:

I appreciate your focus on the infrastructure needs of Southwest Louisiana, yet I have several concerns regarding the incomplete environmental impact statement and the fact that no absolute plan for a new bridge or its footprint has been made public.

Promising $85 million in funds puts much-needed skin in the game for the state, but further action must be taken to clearly define the project, architecturally and financially, before any funds can be used or before the project is eligible for federal assistance. Project-definitive federal appropriations in DC require the completion of architecture and engineering from Baton Rouge.

With the help of my colleagues, I’ll get Baton Rouge the federal monies… however, I need the finalized plan, the envisioned footprint. In hand, actual engineering plans of the bridge, not a vaguely described idea for a bridge. (Emphasis added.)

The congressional delegation stands ready to work with President Trump to secure federal funding for the bridge but that won’t happen if the state doesn’t provide the required plans.

The money pledged by Edwards through the Louisiana Department of Transportation (LDOT) and Development (LADOTD) and the Division of Administration is part of the 2020 Capital Outlay bill. The $85 million in general obligation funds would comprise the state’s portion of the funding to receive federal dollars towards the project.

The LDOT is preparing the environmental impact statement, it says.

The bridge opened in 1952 over the Calcasieu River was originally designed for a traffic load of 37,000 per day over a 50-year life span. By 2016, the average daily crossings were more than 80,000, according to the Southwest Louisiana chamber of commerce.

The National Bridge Registry has rated the Calcasieu Bridge a 6.6 out of 100.

By comparison, the Interstate 35 West Mississippi River Bridge in Minneapolis was rated a 50 when it collapsed in 2007, according to the chamber’s I-10 Bridge Task Force.

The task force said in a January report the only way to replace the bridge “in a reasonable period of time” was to fund a project through tolls and use a public-private partnership to reconstruct the bridge– assuming no federal funds were directed towards the project.

They estimated that to replace the bridge it would cost between $400 million to $800 million in 2018 dollars.