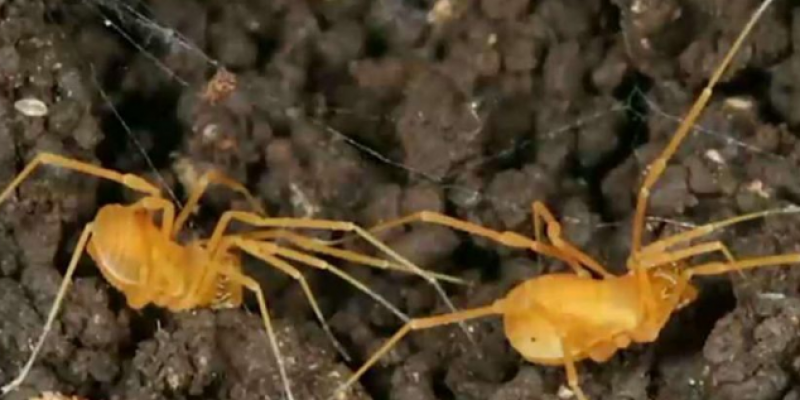 A case on appeal at the Fifth Circuit U.S. Court of Appeals pits the rights of a taxpaying property owner against a spider.

The Texas Public Policy Foundation (TPPF) is defending a Texas war veteran’s property rights from a federal law that could put the veteran in jail if any harm were to come to a spider that may or may not live on his property in Williamson County, north of Austin.

John Yearwood, a decorated Vietnam combat veteran, lives on Central Texas land that has belonged to his family since 1871. He, like any rural Texan with habitat of a protected species on their land, potentially faces thousands of dollars of fines and even jail time, unless he applies for a permit to use his own land – a requirement the TPPF argues is unconstitutional.

In March, the U.S. District Court for the Western District of Texas released an opinion in American Stewards of Liberty v. United States Fish and Wildlife Service (USFWS) in which it granted in part the TPPF’s claim.

“The ruling from the court was clear – the federal government violated the law by failing to adequately consider evidence that the Bone Cave harvestman spider is no longer endangered,” Robert Henneke, general counsel and director of the Center for the American Future at the TPPF, said in a statement. “The court agreed our client John Yearwood had a right to challenge the constitutionality of this federal action.”

The Bone Cave harvestman spider (BCH), an endangered species, is a small blind, orange spider that looks like a baby “daddy long-legs.” It lives in cracks in rocks and the only way to know which rock it inhabits is to dig up or break the rock, thereby destroying their habitat.

But it’s not just rocks or small limestone caves underground that are the issue. It’s also any “potential habitats” where the protected species might live.

Yearwood’s case is one of a federal government gone wild, TPPF claims, using a far-reaching interpretation of the U.S. Constitution’s Commerce Clause as a way to enforce the Endangered Species Act (ESA).

The USFWS, which enforces the ESA, required the Williamson County government to create “sanctuaries” for the spider and to keep on hand $20 million for protective measures. Since the 1990s, the county has created 11 sanctuaries for the spider.

Williamson County, where the Yearwood’s property is located, is believed to be the primary habitat of the protected spider.

The Yearwoods are actively involved in their community, having invited local 4-H clubs and church groups to camp on and use their land at no charge. But in order to do so, they must obtain mitigation permits from the USFWS, which could cost thousands of dollars. Not doing so could result in a $50,000 fine or one year of prison.

The federal agency has not contacted Yearwood about the spider, the TPPF told The Center Square.

TPPF is suing to challenge the ESA regulation of the spider as unconstitutional under the Commerce Clause.

The spider the ESA is mandating be protected has no commercial value and has never been in interstate commerce, TPPF argues. As a practical matter, it cannot exist outside the cracks in the rocks and underground caves in which it lives and as a result does not interact with other species that might also be deemed as participating in interstate commerce.

“The Constitution grants the federal government power to regulate interstate activities, not all activities,” Henneke told The Center Square. “Mr. Yearwood shouldn’t fear criminal penalties under the Endangered Species Act merely from the potential consequences of allowing kids to camp on his property. Yet, that is what the law says, and why we have sued to declare ESA regulation of intrastate activities unconstitutional.”

The TPPF created an awareness campaign, called, “Camping isn’t Commerce,” with a video and a petition for anyone to sign in support of the Yearwoods.