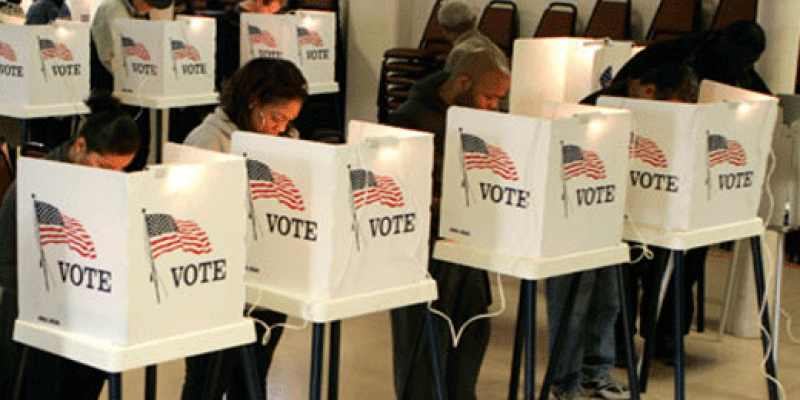 With the 2020 election around the corner, noncitizens registered to vote in Texas remains an issue after a Republican-controlled Legislature failed to pass election reform bills this year after some lawmakers promised to do so. A Dallas-based political advocacy organization said that’s a problem.

“Real meddling that could affect the outcome of the 2020 election will come from vote harvesters and illegally registered voters canceling the votes of citizens,” Direct Action Texas says.

Failure to pass election integrity legislation came after the state Secretary of State’s Office questioned the citizenship status of 95,000 registered voters in the state after a yearlong investigation. About 58,000 of them voted in one or more Texas elections, Secretary of State David Whitley said.

Currently, the state automatically registers individuals to vote regardless of their citizenship status when they apply for a state ID or driver’s license.

The Secretary of State’s Office continues to process all voter registration applications submitted, which requires the applicant to sign the form, under threat of perjury, that the applicant is a citizen and is eligible to vote.

The state does not require voter registration applicants to provide proof of citizenship, nor do state officials verify their citizenship status. County registrars are legally charged with maintaining the accuracy of their county’s voter rolls, but do so without state oversight.

The exact number of noncitizens registered to vote or who illegally voted is unknown.

Voting in an election in which the person knows he or she is not eligible to vote is a second-degree felony.

Nearly one year ago, a WFAA-TV Dallas reported that “hundreds, if not thousands of non-U.S. citizens, are registered to vote in Texas, and some have cast ballots in elections” because of problems with state government “bureaucracy.”

One way to identify non-citizens WWVA found was to crosscheck individuals who declared themselves noncitizens to avoid jury duty with the state’s voter registration data.

Another is through legislation.

State Sen. Bryan Hughes, R–Mineola, introduced SB 9 to enact comprehensive election reform. The measure was opposed by Democrats and eventually defeated by Republicans who didn’t refer the bill through committees in a timely manner in order to make it to the final Texas House calendar of scheduled votes.

An omnibus election integrity bill, which included SB 9 provisions, passed the Senate but was delayed for several weeks by House Speaker Dennis Bonnen. By the time it reached the House Elections Committee chaired by State Rep. Stephanie Klick, R–Fort Worth, the bill also died as it was never debated or voted on by the House.

SB 9 bill stipulated criminal penalties for new and existing election infractions; new rules for voter registration, including voting by mail and guidelines for poll workers, procedures for state and county election officials, and included a pilot program for risk-limiting audits.

Two bills filed by Republican state senators were not given hearings by their colleague and fellow Republican, Sen. Joan Huffman, R-Houston, and chairwoman of the State Affairs Committee.

Section 8 of the National Voter Registration Act (NVRA) requires states to regularly maintain voter rolls, removing people who have moved, died, or have been found otherwise ineligible. According to the U.S. Election Assistance Commission, Texas is in line with the national average of registered voters removed from state voter rolls. The national average is 8.17 percent for 2018, Texas’ was 10.3 percent.

Interested in more news from Texas? We've got you covered! See More Texas News
Previous Article Decorated veteran could face jail time for using property that may or may not have spiders on it
Next Article Prison reform leads to release of thousands of federal inmates, deportation of hundreds