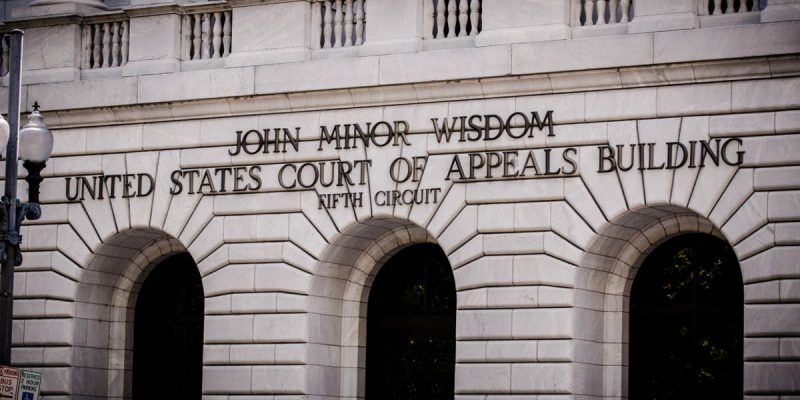 Remember the lawsuit filed by a Baton Rouge police officer identified only as John Doe, who was injured when protests against law enforcement officials in the summer of 2016 following the Alton Sterling controversy turned violent, against Black Lives Matter organizer DeRay Mckesson?

Doe’s suit claims that Mckesson’s rabble-rousing tactics, which plunged Baton Rouge into a racial controversy over the police shooting of Sterling and ginned up two weeks of near-riot conditions in which demonstrators attempted to block interstate highways and threw projectiles at police, inspired the violence leading to his injury. Whether he can ultimately win his claim or not, Doe’s lawsuit was thrown out of federal court by Judge Brian Jackson, an Obama appointee, on the basis that Mckesson has a First Amendment defense to the suit.

That was always a rather dubious proposition, as there is no First Amendment right to incite violence. Which is what the U.S. Fifth Circuit Court of Appeals concluded Thursday in overruling Jackson.

The 5th U.S. Circuit Court of Appeals had said in April that a Baton Rouge police officer injured while attempting to arrest protesters after the 2016 killing of Alton Sterling could sue organizer DeRay Mckesson of Baltimore on the grounds Mckesson acted negligently by urging people to block Airline Highway outside the city’s police headquarters. The appeals court revisited the case Thursday.

Initially, U.S. District Judge Brian Jackson had dismissed all of the officer’s lawsuit, citing Mckesson’s First Amendment rights and noting the Black Lives Matter group was too loosely organized to sue. The 5th Circuit’s April ruling reinstated the lawsuit, saying the policeman, identified only as John Doe, could claim negligence.

After reviewing its April decision at Mckesson’s request, the 5th Circuit said Thursday that Doe’s complaint shouldn’t have been dismissed on First Amendment grounds, even if Doe was injured during a political protest.

“We perceive no Constitutional issue with Mckesson being held liable for injuries caused by a combination of his own … conduct and the violent actions of another that were foreseeable as a result of that … conduct,” Judge E. Grady Jolly wrote for the court as it sent the case back to Jackson.

We’re not convinced the suit will end up producing much of anything. Jackson seems bound and determined to kill it – for political reasons as much as anything. As a matter of policy, though, there is a quite defensible argument that if you stir up a riot, somebody who gets hurt in that riot should have an action available against you at law for it. What’s more, if you’re paid to stir up a riot, those injured in that riot should also have an actionable claim against your paymasters.

But you’re going to need a good evidentiary case to pull that off, and it’s not clear that’s what’s at play here.

Still, we think this is a good development – particularly in a day and age where the streets are filling with more and more unhinged, violent people who think political disagreements ought to be settled with fists, bats and bullets. The only way to tamp down that kind of radicalism is to impose consequences on it, and forcing its instigators into protracted and expensive litigation is a lot more civil way to do that than cracking skulls is.

If nothing else, it’s a good way to bottle up Mckesson before he starts a riot somewhere else. We notice that he’s a lot quieter than he was during his 15 minutes of fame back in 2016.