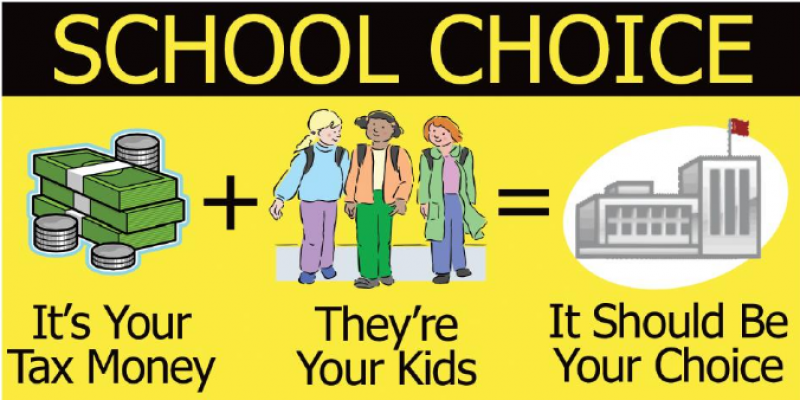 More than three in four Americans think that parents should be able to decide which public school their child attends, according to a new poll.

“Americans want a better education system and they want more freedom when it comes to choosing which path their child will take,” Elaine Parker, president of Job Creators Network Foundation, said. “Given these results, school choice should be a unifying issue for elected officials to focus on – plus it would have a positive impact for America’s children.”

The poll, which surveyed 1,099 registered voters across the country, also revealed that 58 percent of Americans support allowing parents to use tax dollars to pay for charter or private school tuition if the local public school is unsafe or failing to meet education standards.

The same poll asked participants about the cost of college tuition and the state of the economy.

Forty-four percent said the high cost of college tuition was the fault of schools hiring too many administrators, while 43 percent blamed the cost on schools adding infrastructure.

“Americans know that, right now, we have a great economy,” pollster Scott Rasmussen said in the news release. “Even the housing sector – which has certainly struggled in the past – saw a spot of good news … when the Commerce Department announced that new home sales picked up in June. Increased economic optimism is helping bring about more economic good news.”

Interested in more national news? We've got you covered! See More National News
Previous Article MARSH MAN MASSON: Roadside Crabs As Fast As We Can Catch Them!
Next Article Hurd Hangs It Up: Can Another Republican Win Southwest Texas Swing District?