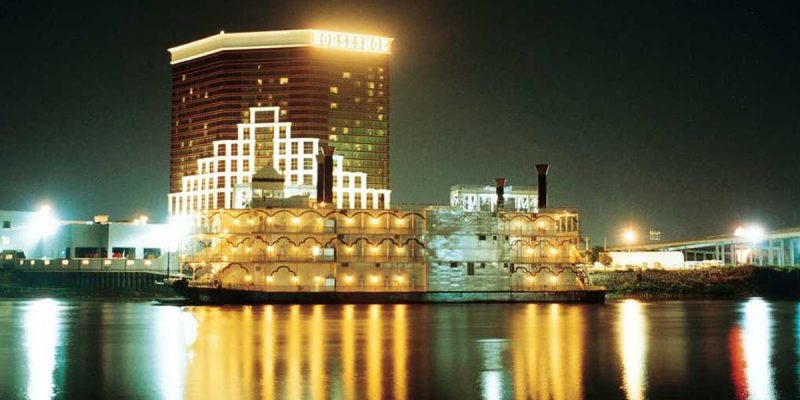 A quarter-century ago, it supposedly would pull the Shreveport metropolitan area out of the doldrums. Now it prepares to claim another regional scalp.

Tucked into Shreveport’s bond issue plans, a little more than a half-percent of the proceeds would demolish Fair Grounds Field. The 1986 structure took over from the half-century-old SPAR Stadium and, while slightly smaller in capacity, then was considered one of the most modern minor league baseball stadiums with plenty of parking and relatively easy access from Interstate 20.

But the anchor tenant AA ball Shreveport Captains left the area after 2000 and a succession of low-minor independent teams filtered through for the next decade, with the final departure eight years ago. Since then, the city let the place go to pot, allowing it to become the second-largest suburb in the area with 40,000 or so bats (the flying, not hitting, kind) nesting there. With potentially millions in expenses to renovate and no real hope of finding someone to pump in that kind of money, its demolition and conversion at least in the short term to a parking lot popped up among the bond items.

Demolishing the hulk that remains becomes another legacy of casino gambling in Louisiana, and no area of the state has suffered more than Shreveport. Maybe other casinos haven’t doomed a politician’s career advancement, but its coming in 1994 reshaped the economic landscape. Gambling began to supplant the homegrown leisure and entertainment industry, and large area businesses either went away or sold out to larger out-of-state concerns as a portion of potential local investment dollars became siphoned away into the gambling money pit.

This had two impacts on the viability of the Captains and by extension Fair Grounds Field. First, discretionary entertainment dollars that would have gone to attending Captains games went to gambling and associated activities. Second, advertisers disappeared as the new regional and national owners of business marketed themselves with a non-local orientation that didn’t mesh well with buying advertising on fences, in game programs, or through game broadcasting.

It’s no accident that Shreveport has no professional teams in any sport now despite chasing these with promises of subsidies and/or venues, and clings to putting on the Independence Bowl (which soon will lose its sponsor as it receives even more inferior hand-me-downs from other bowl games). Horse racing in Bossier City survives only because Louisiana Downs has become a racino.

Not that Bossier has much to cheer about from gambling. While more than any single Louisiana city it has reaped revenues on a per capita basis from having boats, with much of its domestic economy based upon government and casinos and most of the rest dependent upon Shreveport – take away government and casinos and its top employer becomes fifth-ranked General Dynamics Information Technology, subsidized by having a taxpayer-financed building at its disposal owned by the city, followed by seventh-ranked Willis Knighton Bossier Hospital, which draws much of its revenues from government, followed by ninth-ranked Wal-Mart – having so little of its economy homegrown in the private sector and so much dependent upon gambling, any change in its casinos status would deal a blow to the city’s economy.

And that’s on the way, to Shreveport and Bossier City’s detriment. Expansion of gambling in Texas, Oklahoma, and (soon) Arkansas already has eroded the industry’s revenue base in northwest Louisiana and that doesn’t look to improve. At least one of the areas’ casinos is on a death watch that would cost 500 jobs, and others might follow. In this July compared to last, the market dropped over $3 million.

Not that Shreveport or Bossier City prepared for this. On the west side, Shreveport never used the gambling largesse to try to lower its sales and property tax rates, both nearly the highest in the state for a city, that would encourage economic diversification and growth. It also occasionally frittered away the bonus on things such as an unneeded convention center and hotel (the former of which needs roof repairs, part of the bond issue).

The east side’s Bossier City has more stable finances and hasn’t lived hand-to-mouth to meet necessities as Shreveport has for the past two decades, but it could have freed itself from dependence on government, gambling, and Shreveport by using the extra casino cash to create a reserve that could have produced revenues to allow lowering of taxes, setting off an economic development boom. Instead, it threw away much of the surplus on vanity projects such as the high-tech office building now partially used by GDIT, a parking garage for a private developer that went into receivership, and an arena chronically in the red, all of which cost the citizenry more than they return.

In the final analysis, the poor governance witnessed in both Shreveport and Bossier City since he advent of casino gambling has caused the populations of Caddo and Bossier Parishes from 1990 to 2018 to increase only 10 percent (with Caddo slightly losing people) while the country as a whole has gone up 32 percent. The decrepitude of Fairgrounds Field leading to the widespread expectation of its demise is but the latest manifestation of this lack of vision.