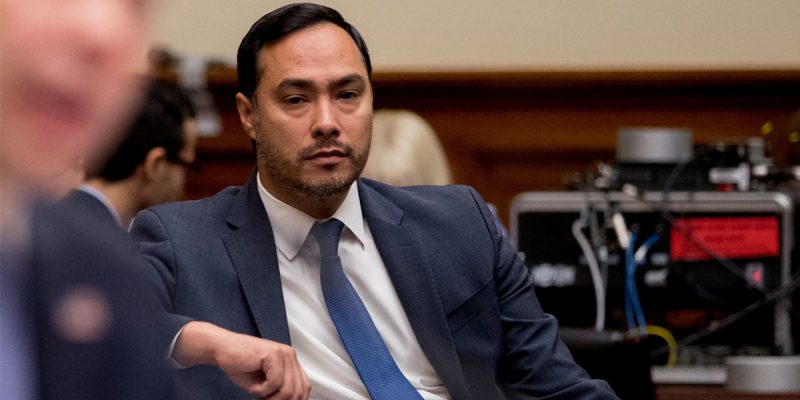 Rep. Joaquin Castro on Monday tweeted a list of his San Antonio constituents who’ve contributed the maximum legal amount to President Trump’s re-election campaign. The list, composed entirely of private citizens, described their occupations or employers. Some were retirees, homemakers and military veterans.

The tweet came on the heels of a mass shooting perpetrated by a white supremacist in an El Paso, Texas, Walmart. Mr. Castro—brother and campaign chairman of a Democratic presidential candidate—tried to draw a direct line between his Trump-supporting constituents and the massacre, accusing his constituents of “fueling a campaign of hate.” Hours before the tweet, Mr. Trump had denounced the hatred, bigotry and evil behind the El Paso attack.

This insane hyperpartisanship is a sickness. It’s disgusting when some care more about assigning blame for an attack than they do about getting the facts and preventing the next tragedy.

The man who shot me and others on a baseball field in 2017 was a volunteer for Sen. Bernie Sanders’s presidential campaign. I don’t blame Mr. Sanders for the shooting. Mr. Sanders immediately disavowed the man’s actions, and I believe he meant it. He didn’t put that gun in my shooter’s hand.

Hatred is a choice. The deranged man who shot me chose to hate his perceived enemies, just as the shooters in El Paso and Dayton, Ohio, did this past weekend. There are other similarities between mass shooters. Many—including my shooter, the Parkland, Fla., shooter, and the Dayton shooter—were known to law enforcement. There were warning signs. We can, and must, get better at interpreting these signs so we have a better chance of preventing mass shootings.

But that’s not all it will take. We must turn down the heat on the political rhetoric and focus on healing local communities. We must think about how society glorifies and normalizes violence and how we stigmatize mental illness. We must investigate how terrorists become radicalized.

And, yes, we must pray. When we view each other not as neighbors but as political enemies, something in the country is fundamentally broken.