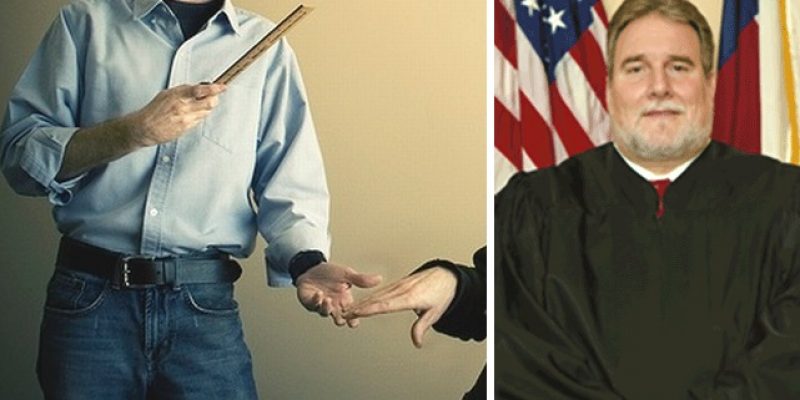 We didn’t either. After all, it has been about a year.

According to the Austin American-Statesman, the Texas State Commission on Judicial Conduct ruled that Travis County Court at Law No. 3 Judge John Lipscombe violated the state constitution. In doing so, he left 107 docket items with 69 defendants in the lurch on Oct. 8, 2018, though he maintained office hours.

There were a total of five complaints filed against Judge Lipscombe, who apparently became enraged by President Donald Trump‘s nominee and his confirmation by the U.S. Senate.

Lipscombe, who festooned his courtroom doors in black during his protest, is up for re-election in 2022, having served since 2011.

The ruling was signed on Aug. 8 and released Thursday.

From the hip: This is a long-delayed slap on the wrist for one judge out of many in a county that has 100% of its elected judges from the same political party. While these antics are rare, it underscores the importance of having competition (e.g. Republican candidates) for county-level court positions.

Interested in more news from Texas? We've got you covered! See More Texas News
Previous Article SADOW: LCCM’s Endorsements Feel Like What Would Happen If Louisiana Had Closed Primaries
Next Article Anti-Toll Road Scorecard: Texas House ‘Went Off A Cliff’