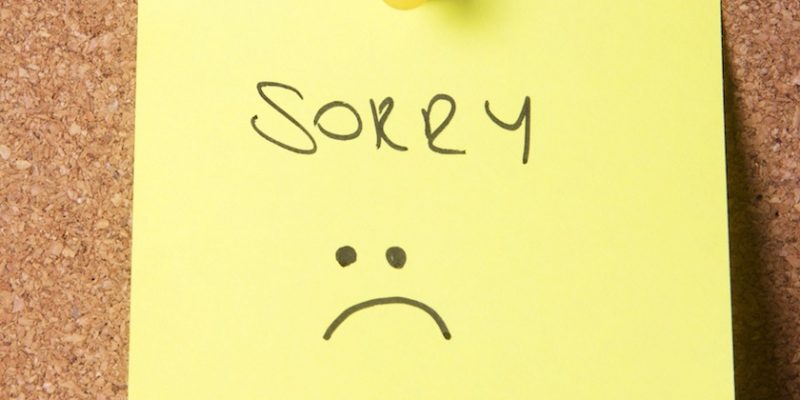 Texas House Speaker Dennis Bonnen issued a note of apology to his legislative peers on Tuesday, stopping short of some specifics and taking a moment to throw a couple of more barbs at Empower Texans’s Michael Quinn Sullivan.

The note is included below.

“Dear Members,
I’m sorry. I was stupid to take a meeting with an individual who has worked hard to divide our House. It was a mistake.
I said terrible things that are embarrassing to the members, to the House, and to me personally. You know me well enough to know I say things with no filter. That’s not an excuse for the hurtful things I said or the discussion that was had.
Once again, I call for the release of the entire unedited recording so the House is no longer held hostage, and we can begin to heal.
I have reached out to many of you, and I want to visit with all of you. I hope I have the chance to apologize to you personally.
I am truly sorry from the bottom of my heart. I ask for your forgiveness, and I hope to rebuild your trust.
-Dennis”

Here’s the background: Bonnen and Texas House GOP Caucus Chairman Dustin Burrows came under fire in late July when Sullivan released a month-delayed written account of a meeting with Bonnen and Burrows.

A recording taken by Sullivan exists of the meeting, which has so far only been shared with select individuals. The recording has not surfaced. The Hayride has not requested access to the recording.

Bonnen previously chided incumbents to not campaign against one another in the 2020 elections.

There was reportedly some discussion regarding media credentials for Texas Scorecard, the writers of which were denied press passes to the House floor during the previous legislative session.

The following House members have since issued statements accepting of Bonnen’s apology (drawing some criticisms for how similar some of the responses seemed to one another): Reps. Brad Buckley, Craig Goldman, Cody Harris, Jeff Leach, Mayes Middleton, Tom Oliverson, Jon Rosenthal (D), Scott Sanford, Matt Shaheen, Drew Springer, and James White. None of these members were on the list reportedly mentioned in the meeting.

Meanwhile, fomer House GOP Caucus Chairman Parker — mentioned in Bonnen’s and Burrow’s list of safe districts to attack — said his review of the recording lines up with Sullivan’s account of the meeting.

From the hip: Speculations over what the targeted House members have in common are various. One hypothesis among observers is that the names were each opposing a bill to restrict taxpayer-funded lobbying. Another thought is that this list represents Bonnen-friendly districts safe for the Republican incumbents to win, but it is not a complete nor a consistent list in such a case.

Regardless of the motivations behind the list, the fact remains that Bonnen is facing criticism for saying a list did not exist, followed by multiple parties listening to the recording of the meeting and attesting that there was indeed a list. This goes against his order to his colleagues not to oppose one another in upcoming elections.

Bonnen is likely shoring up his supporters before the recording accidentally leaks, is intentionally leaked, or released outright to the general public. Missing from his apology note is any explanation of how/why the list was compiled. Also missing is an apology for originally claiming there was no list.

The members who are accepting the apology have made a common theme out of “moving on” and “healing.” But sweeping it under the rug because the Speaker said he is sorry does not satisfy those with questions. The best way for House Republicans to be rid of this is to address the items of this meeting specifically (which Sullivan is calling for and Bonnen is dodging) and to release the recording (which Bonnen is calling for, and Sullivan is delaying).  Anything short of these two actions will result in a divide that will translate into a primary election issue — and possibly one Democrats can capitalize on in November 2020.