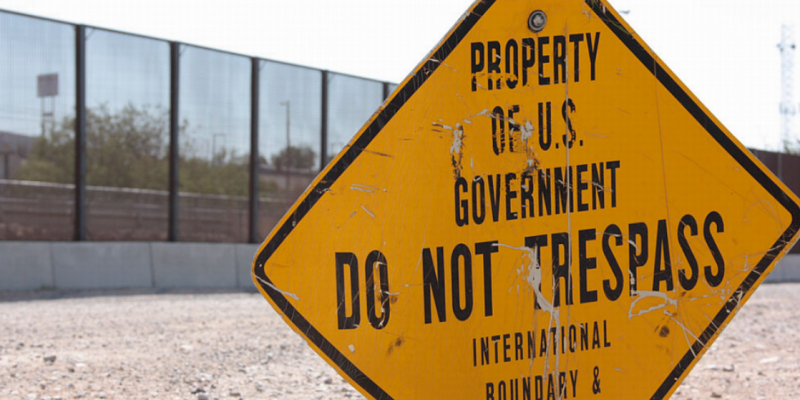 In the wake of a rule change that will modify federal regulations of the 1997 Flores Settlement Agreement (FSA) – which was later revised by the Obama administration in 2015 – federal and state officials met in Austin to discuss how this policy impacts taxpayers and the likelihood of Congress’ ability to resolve the border crisis in an election year.

The 2015 change implemented a different policy to apprehend illegal immigrants than that which had been directed by Congress. Under the Obama administration, illegal aliens could be detained for 20 days and then released into the U.S. population, a policy known as “catch and release.” Those apprehended could also delay their deportation by more than 20 days if they requested asylum.

According to federal data, “family unit” migration, the process of one or more adults accompanying children who may or may not be their biological children, spiked from about 15,000 people in 2013 to about 433,000 in 2019.

“Large numbers of alien families are entering illegally across the southern border, hoping that they will be released into the interior rather than detained during their removal proceedings,” the U.S. Department of Homeland Security (DHS) said in a prepared statement. “Promulgating this rule and seeking termination of the FSA are important steps toward an immigration system that is humane and operates consistently with the intent of Congress.”

Acting DHS Secretary McAleenan said, “This rule allows the federal government to enforce immigration laws as passed by Congress and ensures that all children in U.S. government custody are treated with dignity, respect, and special concern for their particular vulnerability.”

The new rule ends the catch-and-release policy, extends the detention time immigrants are held, and removes the licensing authority over detention facilities from the states to the federal government.

“More than any other policy, the Flores Settlement Agreement is responsible for the practice of ‘catch and release’ at the border, which has become a magnet for illegal immigration and a major driver of the current border crisis,” said John Daniel Davidson, senior fellow at the Texas Public Policy Foundation (TPPF)’s Right on Immigration Initiative. “The new rule will ensure that children are kept with their families while their case is being adjudicated, while improving the standards of care while they are in federal custody. By guaranteeing that families would be released after 20 days, Flores has incentivized the trafficking of children and the abuse of our immigration system.”

The FSA always contained provisions for it to remain in effect for no more than five years, DHS notes. In 2001, federal authorities said FSA would terminate after a final rulemaking, despite no final rule being issued by any administration until 2019.

“The FSA will terminate by its own terms, and the Trump Administration will continue to work for a better immigration system,” the administration announced.

The rule takes effect in 60 days.

Enforcing the existing laws and implementing the rule change will act “as a huge deterrent” to people attempting to enter the U.S. illegally, Ken Cuccinelli, Acting Director of U.S. Citizenship and Immigration Services, said Thursday at a TPPF forum on immigration held in Austin.

Cuccinelli clarified that no law exists “saying catch and release should happen.” However, there is a law that detention should happen for the entire duration” of the time illegal immigrants are detained and either processed for deportation or asylum.

Texas Congressman Roger Williams, R-Austin, who also spoke at the TPPF forum, said he felt the issue of illegal immigration “will continue to be a fistfight and war of words because we are in an election year. Until the other side feels that they can do something without [President Trump] getting credit for it, I’m not confident much will be done between now and then unless the president and the director [Cuccinelli] can get something done without Congress.”

According to an estimate by the Federation for Immigration Reform (FAIR), more than four million illegal immigrants and their children reside in the Lone Star State, costing Texas taxpayers nearly $11 billion annually.

The same study produced by FAIR estimates the cost of illegal immigration nationally to U.S. taxpayers is about $115.89 billion annually.