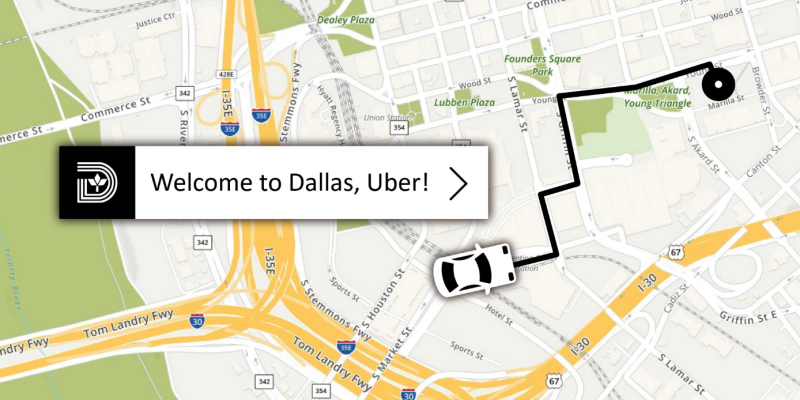 Texas taxpayers are subsidizing Uber’s expansion in Dallas to the tune of $24 million.

Gov. Greg Abbott said in a news release that a Texas Enterprise Fund (TEF) grant was awarded to the ride-sharing company to incentivize its building of an administrative hub in Dallas.

TEFs are taxpayer-funded “grants to companies considering a new project for which one Texas site is competing with other out-of-state sites,” according to the state. “The fund serves as a financial incentive for those companies whose projects would contribute significant capital investment and new employment opportunities to the state’s economy.”

Uber is getting $24 million.

The administrative hub is expected to create 3,000 new jobs and more than $75 million in capital investment, according to the news release, which did not state which city or cities Dallas was competing against to host the expansion.

“I am proud to welcome Uber’s investment in the great state of Texas, along with the 3,000 jobs the company will bring to its new Dallas office,” Abbott said. “This investment will bolster Texas’ continued economic success and reputation as the best state for business. Our unrivaled workforce and business-friendly environment makes Texas the perfect home for innovative companies like Uber.”

“Dallas became the first city in Texas where the Uber app was available in 2012, and since then Texas has been a hub of innovation for our platform,” said Uber CEO Dara Khosrowshahi. The company launched its Dallas Uber app in 2012.

“The numbers that make up this investment package add up to a win for Uber Technologies and for the City of Dallas,” Dallas Mayor Eric Johnson said in a statement. “But beyond the math, Dallas and Uber are just a great match. Dallas is a vibrant, diverse, welcoming, and innovative city, and I’m certain Uber and its employees will flourish here.”

According to the state, “all TEF awardees must sign a grant contract with the state which legally obligates the company to fulfill, among other things, projected job creation and average wage commitments. No TEF funds are disbursed until after grantees sign a grant contact and meet their respective job and wage targets for each individual period (typically annually).”

Earlier this year, the Texas Monitor highlighted the failures of many TEF grants and, citing a study by two University of Texas professors, called the program “historically secretive” and one that “has created a confusing scenario of economic grants that are funded through legislative action and managed by the governor’s office but with no clear record of the effects of that spending.”

This is a revised version of an article first published by The Center Square.