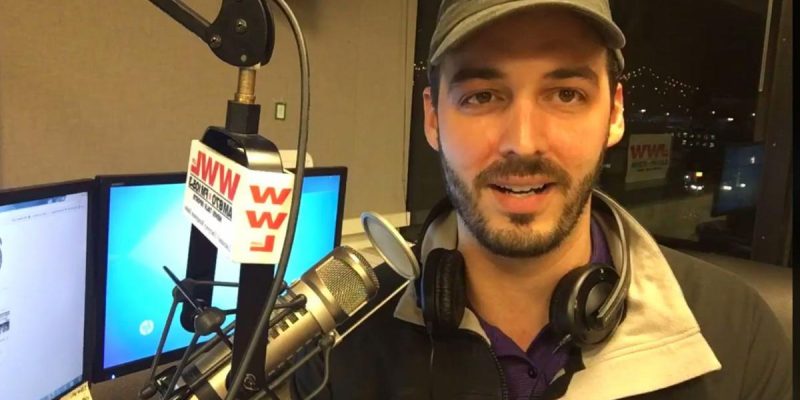 As part of his “Sticks and Stones” special Dave Chappelle, the greatest comedian of this decade, offered his take on the Jussie Smollett incident in Chicago, hilariously mocking the Empire actor for having choreographed an attack on himself to gain attention and sympathy.

Chappelle mocked the charlatan as “Juicy Smullier” for the transparently bogus ‘self-lynching.” The fallout from the debacle damaged his acting career though thanks to assistance from an aide close to the Obamas and the “Chicago way” of doing things, Smollett largely escaped any legal consequences for what is now his best-known piece of stagecraft.

After brazenly denying his involvement in the face of a mountain of evidence, including confessions by the Nigerian brothers paid to play the part of white racist rednecks (casting?) and the check he cut for their involvement, the lesson that was to be learned by aspiring hoaxsters was not to pull a similar stunt but rather execute a more convincing one since there has not been universal condemnation of Smollett.

Now the New Orleans area was the site of an equally absurd though deadlier scheme when longtime sportscaster Vince Marinello was exposed as his wife’s murderer after an investigation turned up what will go down as the most farcical piece of criminal evidence in the history of homicide: a murder plot to-do list.

Someone should hand out “Marinello” trophies annually for the most ridiculous criminal enterprise in the 504.

And pending the outcome of an investigation and possible trial, yet another area sportscaster might have the inside track.

Former WWL 870 AM sports talk host Seth Dunlap committed the cardinal journalism sin of making himself a news story a few weeks ago when he posted an exhaustingly long diatribe about his sexuality in a social media posts blasting New Orleans Saints quarterback Drew Brees for his involvement in a benign “Bring Your Bible to School Day” video short that was promoted by Focus on the Family, which is an organization that advocates a socially conservative Evangelical Christian-oriented agenda.

Well Dunlap and a local left-wing cyber rag had a problem with that and gave #9 an unprecedented hostile media headache .

A perturbed Brees was forced to address the matter and explicitly declare that he bears no ill will towards gay people, as if there were any actual evidence of that.

But the damage had been done. Brees got caught in the progressive media grinder but for the Washington state native Dunlap, he had violated Nola’s first commandment: thou shalt not speak ill.of Drew Brees.

Want to tell the archbishop to swan dive off the Causeway? Not that I would say such a thing, but I guess you can walk away from that.

Take Brees’s name in vain? You’re lucky if you don’t get stoned for heresy.

There’s not another individual in New Orleans who is as universally revered  as Brees. And in a city known for its factional mindset, Brees is the one thing everyone agrees on.

At this point Dunlap had put himself on an ice flow in July and it was only a matter of time before he got “cancelled.”

And then a few days after Dunlap’s screed someone on the WWL 870 AM Twitter account “answered” a tweet by the host related to overreactions by posting “That you’re a fag.”

The media storm that dumped on Brees from his Bible video blew back in, with the radio station being blasted by the sports media world, despite being obvious that it was a rogue post.  Also raining down was sympathy, attention,  and perhaps career opportunities for Dunlap.

Entercom, the parent owner of the station, vowed an investigation while Dunlap did a few curious things. First he announced he was taking a leave of absence.

And then radio host lawyered up.

Because someone posted an offensive tweet on the station account that was deleted within the hour and thanks to the electronic trail in modern technology, the culprit would almost certainly be identified and in this politically correct environment, there would be severe consequences in store for the homophobe.

But upon the announcement from Dunlap’s camp that he had taken a polygraph (and why?) the story seemed to be going full-on Smollier.

After a bit Entercom broke their silence in a big way, via a police report that was obtained by local media.

The report contained interesting information. Entercom rejected Dunlap’s seven figure demand letter (for an ugly tweet!) and that their internal investigation revealed evidence indicating that Dunlap had tweeted out the curiously grammatically correct offensive line (I know it’s profiling but I generally expect bigots to be less grammatically fastidious in their insults).

Team Dunlap responded with an admission that they sought a big settlement and a barrage of harumphs accusing Entercom of “revictimizing” Dunlap.

Now far be it from me to assume only one side is telling the whole truth here but….

We will know all the facts when the legal dust settles…and I hope that’s the only thing that is settled because if this is the latest hate crime hoax then there needs to be severe consequences so this cycle of societal manipulation ends by ego-driven greedy grifters comes to an end.

I think someone might be getting far less than he bargained, not so much a million dollars but a shiny trophy with a bad toupee and a fake moustache.