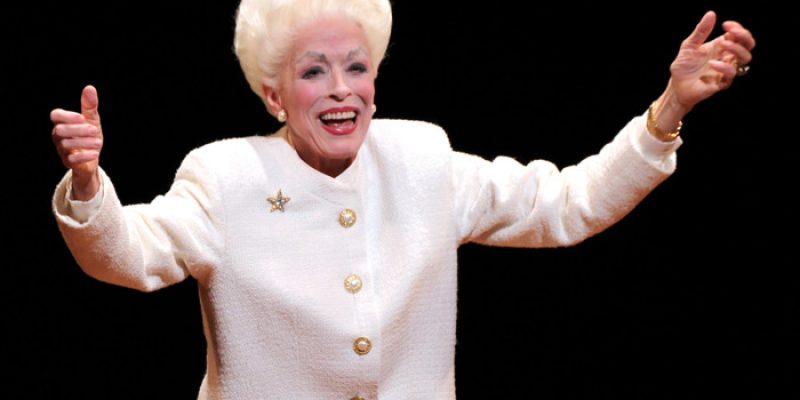 Before conservatives get nostalgic for the Ann Richards years, a quick look back at her liberal legacy as the 45th Governor of Texas may be in order.

“Ann” is a critically acclaimed Broadway play currently on tour. At the moment, the play is showing to sold-out crowds in the namesake’s longtime home of Austin.

The play, masterfully portraying the life of the late former governor Richards, “brings us face to face with a complex, colorful and captivating character bigger than the state from which she hailed,” according to play’s description on its website. Richards is played by critically acclaimed Holland Taylor. The play ended its Broadway run in 2013.

Now 25 years removed from her single term as Governor — she would have turned 86 on Sept. 1 — Texans are waxing nostalgic for the iconic tough-talking, one-liner-dealing, hunting-rifle-posing, no-nonsense Democrat known for her taking on of the good ol’ boy system. But below are a few points for red state residents to remember:

Enabling Democrat-favored Redistricting through 2003. Setting the tone for redistricting procedures in the ’90s resulted in districts which favored hard-left liberals such as former U.S. Reps. Chet Edwards and Lloyd Doggett. Love them, love Ann.

Robin Hood. While primarily a product of a Democratic legislature and activist judges, Richards signed the 1993 bill which provided court-mandated “equitable funding” for school districts across Texas — essentially stealing from rich districts and giving to poor districts. This came after the Democrat-run state Supreme Court threw out two earlier attempts without Robin Hood.

Tax hike. While a lot could be argued here, Gov. Richards pushed for a gasoline tax increase though left the sales tax alone which had been raised in 1990 just before taking office. But that’s not where the revenue-raising ended …

The Texas Lottery. Texans were given a choice: an income tax (being championed by Lt. Gov. Bob Bullock) or a lottery to better fund the state education bureaucracy (strongly advocated by Richards, using the income tax as the alternative — though nothing was said of reducing spending as a third-way solution). Naturally, Texas chose the lottery, which was advertised to dedicate the lion’s share of revenue to the public education system. The lottery did not help fund education for six years, then dedicating under 40% of profits to public ed. Lines have been long at convenience stores ever since.

Veto of concealed carry. The original plan put forward by Sen. Jerry Patterson (who was successful in authoring a future concealed carry bill) would have given Texans the ability to vote on it via a constitutional amendment proposal. Gov. Richards threatened to veto and then finally pulled the trigger on the concurrent resolution that would have allowed for a statewide ballot referendum on the matter.

Pro-abortion advocacy. Gov. Richards, the mother of former Planned Parenthood president Cecile Richards, may not have been too active on the abortion rights front as Governor, but she was indeed vocal. The Democrat-controlled Texas House killed any pro-life reforms via the powerful Calendars committee — and hardly peep from Gov. Richards about making abortion “safe, legal, and rare,” which was the Democrat mantra on life issues at the time.

Environmental bills. Gov. Richards supported several bills sponsored by Austin’s environmental activists and vetoed one that would have “grandfathered” construction over a portion of the Edwards Aquifer. Famously, these environmental restrictions turned the rapidly growing Capital of Texas into one of the worst traffic snarls in the nation.

Hate crime legislation. Richards signed and celebrated a bill designed to enhance penalties for a criminal’s motivations when it comes to race, religion, and even sexual orientation, though such Orwellian thought crimes have proven difficult to try, resulting in few convictions.

Tailpipe testing fiasco. Richards oversaw the selection of Tejas Testing as the state contractor of a vehicle emissions testing program to help metro areas of Texas comply with the federal Clean Air Act. After plenty of political turmoil (and the hiring of several lobbyists), the company went bankrupt leaving concessionaires in the lurch, and the tests were criticized for being too stringent.

Interested in more news from Texas? We've got you covered! See More Texas News
Previous Article APPEL: The Irony Of John Bel Edwards’ “Are You Better Off?” Question
Next Article We Finally Got Around To Listening To The Audio Of Moon Griffon’s Interview With John Georges…