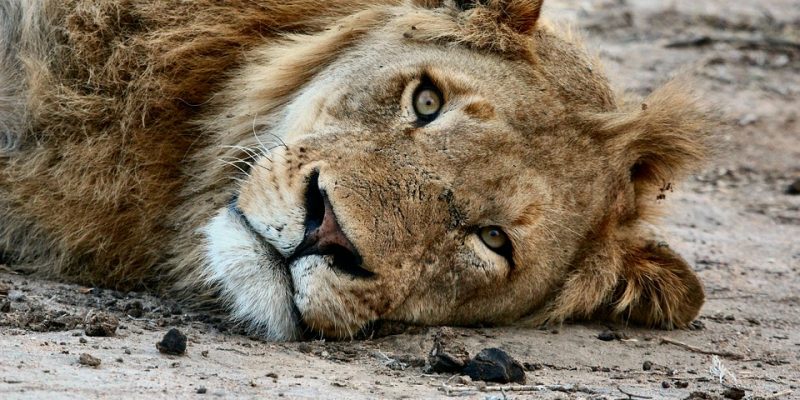 The Sportsmen’s Alliance sounded the alarm on a Congressional bill voted out of committee this week that they say is not only dangerous to the wildlife of Africa but the economy of Africa as well.

The House Natural Resources Committee passed H.R. 2245, the “Conserving Ecosystems by Ceasing the Importation of Large Animal Trophies Act” or “CECIL Act” (though that doesn’t quite fit) out of committee on Sept. 18 on a straight party-line vote of 19-16.

U.S. Rep. Raul M. Grijalva (D-AZ), Chairman of the House Natural Resources Committee, re-introduced the so-called the CECIL Act, which has failed to gain support in past years, as a way to severely restrict the import and export of exotic game taken outside of the United States.

The bill may even be an attempt at a shadow prohibition on all African game thanks to some tricky wording, the Alliance noted. And even though it has failed in years past, since Grijalva is now chairman, it passed his committee Wednesday on a 19-16 vote.

Remember the bill’s namesake, Cecil the Lion? In 2015, American trophy bow hunter Walter Palmer, a dentist by trade, was accused of poaching by Zimbabwe officials when he allegedly killed the beloved, GPS-tracked lion. Animal rights groups like the Humane Society of the United States (HSUS) quickly pounced on the situation and made avenging Cecil a cause celebre. The result: The Obama-era U.S. Fish and Wildlife Service (FWS) added lions in West and Central African nations to the endangered species list.

It comes as no surprise to observers that the CECIL Act was introduced in 2015 and 2018 and never received a committee vote. The returning legislation would levy financial penalties on those seeking import and export permits for game. For example, a permit from FWS can cost around $100, but permits could see a sharp increase if FWS is shouldered with additional administrative burdens.

Also, the bill puts a moratorium on all import permits for not only lions like Cecil, but elephants, in Tanzania, Zambia, and Zimbabwe.

Most potentially damning to big game hunting, the Sportsmen’s Alliance pointed out, is that the CECIL Act would “abolish the distinction between endangered and threatened species” and “would extend the burdensome obstacles for obtaining import permits for legally hunted animals to species simply ‘proposed’ for ESA [Endangered Species Act] listing.” This could have wide-reaching effects beyond the surface intent of the bill.

“It’s no secret that Rep. Grijalva is an advocate of the radical agenda pushed by the Humane Society of the United States. Grijalva is a past recipient of the HSUS Humane Champion Award and has received a perfect score from HSUS on their issues every year since 2005,” said Bruce Tague, Sportsmen’s Alliance vice president of government affairs, noting that HSUS regularly pushes import bans on Africa’s Big Five, which includes elephants, leopards, lions, cape buffalo, and rhinos.

During a July hearing on the bill, it was prominently mentioned that trophy hunting is not a significant contributor to the economy of African nations — perhaps generating around 7,500 jobs and barely a blip on GDP radar. However, the economic effects cannot be ignored, as trophy hunters conserve an estimated 350 million acres of habitat and keep certain species from dominating in an already fragile ecosystem.

Analysis: The Republican-controlled Senate and the Trump White House are not signaling any support for the CECIL Act, so it’s not likely to become law anytime soon — baring a nationwide blue wave in 2020.

Though the chances of a strict ban on certain African game imports are currently slim, the Sportsmen’s Alliance wisely noted there are similar difficulties taking place even here in the continental U.S. Legislative and executive-level attempts to keep Western Great Lake wolves or Yellowstone grizzlies on federal endangered species lists have resulted in more red tape and legal paperwork than your average hunter can cope with and have had a chilling effect on game hunting even stateside.

While celebrated game martyrs like Cecil or the giraffe killed by teen hunter Tess Talley evoke emotion from environmentally-motivated elected officials, the entire picture has to be considered if big game hunting from the U.S. were to be entirely removed from Africa (and wildlife management efforts greatly hindered). And perhaps this bigger picture — that hunting saves animal lives — is well-known and is why sponsorship for the bill has never cracked more than around 50 members.

In the meantime, the bill will receive more publicity since Grijalva is the chairman of the committee responsible for such matters. With 28 cosponsors (the bill received 46 cosponsors in 2015 and 24 in 2018 according to GovTrack), its overall chances on the House floor do not seem any more favorable than before.

It should be noted that in 2018, the Trump Administration seemed to move in an entirely different direction than the Obama Administration by lifting FWS’s ban on elephant trophies from Africa. Whether this trend continues depends on Trump’s re-election prospects and his support in both houses of Congress.