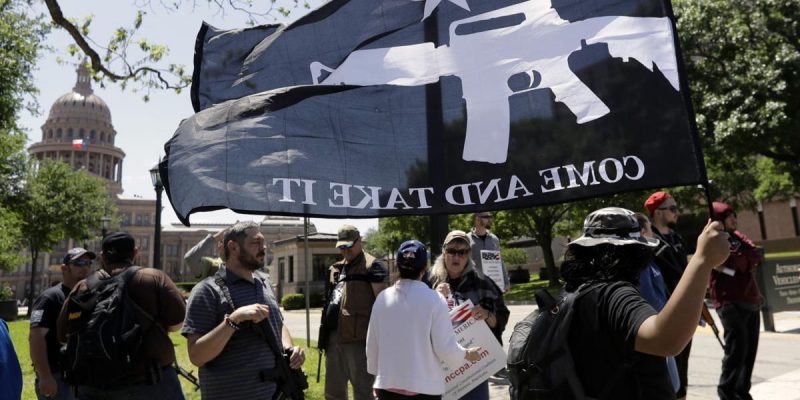 Legislators in Austin appear to be closer to holding a special session after Gov. Greg Abbott issued eight executive orders on gun violence and created a Select Committee on “Mass Violence Prevention and Community Safety.”

The actions come within less than one month of holding the first Domestic Terrorism Task Force meeting at the Texas State Capitol.

The eight executive orders were issued, Abbott says, “to help prevent further mass shootings by enhancing reporting requirements and ensuring law enforcement and the public have the training, tools, and resources they need to provide and respond to Suspicious Activity Reports.”

“The Texas House and Senate are getting to work on laws to keep communities safe from gun violence,” Abbott said. “Legislators can be part of the process or part of the problem.”

In response to Abbott’s announcement, State Rep. Jonathan Strickland, R-Bedford, said, “It’s not your job to keep Texans safe. You took an oath to keep them free. Start leading folks to liberty. Stop pandering to progressives.”

Republican Speaker of the House Dennis Bonnen, R-Lake Jackson, appointed 13 members of the state House to serve on the bipartisan committee, with Rep. Drew Darby, R-San Angelo, as chair, and Poncho Nevárez, D-Eagle Pass, as vice-chair.

The two committees will schedule joint hearings, in addition to preliminary assessments, periodic progress updates, and a final report on their findings in response to the respective charges given.

“Any solution that aims to take away more guns from more people is counterproductive,” Rachel Malone, Texas Director of Gun Owners of America, said in a statement. “Gun-control laws don’t reduce crime. They don’t keep criminals from committing evil, despicable acts. And they certainly haven’t kept us safe.”

Nine new gun laws went into effect Sept. 1 pertaining to places of worship to tenant rights. One allows L.T.C. holders to carry guns in places of worship as long as they do not post 30.6 or the 30.7 signs. Another restricts landlords from prohibiting tenants from carrying firearms in their unit or restricting firearm ownership on a lease agreement.

Others include increasing the number of armed school marshals, allowing some foster homes to store firearms and ammunition if they are locked, and allowing gun owners without a license to carry their firearms for up to one week when a state of emergency is issued in Texas.