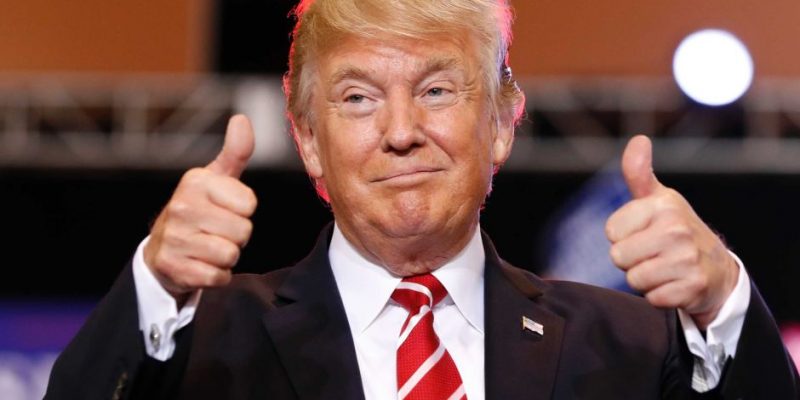 Editor’s Note: a guest post by Rick Figueroa, a Latinos for Trump Advisory Board Member.

A cornerstone of the American Dream is the principle of opportunity. While the Democrats pretend that they can guarantee optimal outcomes for everyone if we just forfeit even more money and power to the federal government, President Trump knows that giving people the freedom to pursue their own best interests is what actually made America’s economy the envy of the world.

President Trump’s “Opportunity Zone” program, for instance, is a creative solution to some of the most pressing economic obstacles facing the hard working men and women of this country.

Here in Houston, that means real dollars are entering Latino communities. The 99 officially-designated Opportunity Zones in the City of Houston have an average unemployment rate of 13.3 percent and an average poverty rate of 33.5 percent, and residents earn just over half the median income for the area. Not only will the new Opportunity Zone incentives lead to higher-paying jobs in fields such as technology and manufacturing, but they will also help to eliminate “food deserts” and increase the supply of affordable housing — two of the biggest challenges facing local residents.

The flow of capital into these areas — which will ultimately amount to billions of dollars — will create new jobs and rebuild communities, reducing crime by opening new doors for individuals who previously faced near-hopeless situations.

While the program is still in its preliminary phase, the early indications are extremely encouraging — property values have already begun to skyrocket within Houston’s Opportunity Zones in anticipation of the new investments.

The idea of localized investment is not new — Republican Congressman Jack Kemp was touting the idea as early as 1979 — but President Trump and the GOP were the first to implement this long-awaited policy goal and make it a reality.

While the President’s political opponents are intent on misleading the public about Trump’s tax cuts, the positive impact of that historic legislation has cascaded down the rungs of the socioeconomic ladder, producing significant benefits for every American.

Democrats view tax increases as a means of achieving their radical political goals, but President Trump knows that taxpayers are capable of realizing their own potential to an extent that government programs and handouts can never match.

Hard working Latinos know how to spend and invest their money, and they now have more freedom to do so thanks to the tax cuts, which saved the average taxpayer about $1,400 last year. There’s little advantage to having a historically low Latino unemployment rate and rapidly rising wages if big government siphons our earnings rather than rewards our labor. That’s the stark difference in the pivotal 2020 election.

Opportunity Zones are a crucial supplement to the Trump tax cuts, providing extra assistance to those Americans who need it most. By driving new investments in low-income communities, the Opportunity Zone program will not only provide new economic opportunities to residents, but also create the conditions for long-term economic success.

The increasing flow of capital into Opportunity Zones, for instance, will facilitate renewed investment into Houston’s infrastructure. Improving our network of bridges and roads will benefit all Houston residents by reducing congestion and enhancing safety, which in turn makes the city a more attractive destination for business and commerce.

The key difference between President Trump’s policies and those espoused by the Democrats is that the President seeks to give all Americans an equal opportunity, while his opponents insult voters by promising guaranteed outcomes that they could never actually achieve.

The Democrat presidential candidates talk about “free” healthcare, magically creating millions of “green energy” jobs, debt forgiveness for pretty much anyone who has ever attended college, and other pie-in-the-sky plans that would leave taxpayers on the hook for at least $100 trillion in debt that we could never hope to repay.

They pretend that taxing “the one percent,” the “wealthiest of the wealthy,” and “billionaires and millionaires” will magically finance those handouts with no need for additional taxes on the middle class, but that’s simply not true. Budget experts have calculated that even if the federal government were to confiscate every last dollar from every American who earns more than $200,000, it still wouldn’t come close to covering the bill that the Democrats want to run up. Taxes would inevitably have to increase across the board and, despite what Senator Sanders might think, no one in the middle class would be “delighted” to pay more in taxes.

Outcomes are never guaranteed, and we shouldn’t buy in to the fallacy that government can change that fact. The Latino community has prospered like never before thanks to President Trump’s policies — that’s a fact.

Rather than trying to impose equal outcomes, the Trump administration has leveled the playing field for all Americans. Re-electing President Trump in 2020 is a vote for continued opportunity and against the false promise of equal outcomes.

Interested in more news from Texas? We've got you covered! See More Texas News
Previous Article A Republic: “If you can keep it”
Next Article Congessional auditor: Interest payments on national debt to top military spending by 2025