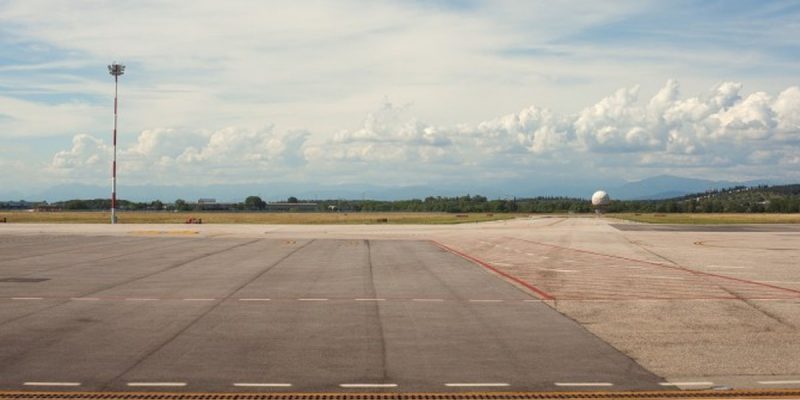 We’ve been mulling this over for a few days, as it actually hit last week, and the more we think about it the more irritated we get – and finally, we’re at the point where it’s time to pop off about it. Specifically, it’s about the bogus narrative being pushed by The Advocate’s editorial page that somehow Louisiana’s congressional delegation and specifically the Republicans are somehow negligent in letting the Trump administration steal money from the state’s appropriations in order to build the border wall.

Lanny Keller, who at one point was somewhat successful in attempting to pass himself off as a conservative columnist (largely before there was any such thing in Louisiana’s media), was the main one pushing this crap…

We now have a quantifiable level for Louisiana Republicans’ fear of Donald Trump — at least $30 million, or maybe $40 million.

That’s how much is being taken out of construction projects already funded by Congress at the military airfield at Belle Chasse.

Not to worry, said an aide to Bill Cassidy, the state’s senior senator.

“DOD has informed us the project will take place in 2020,” Cassidy spokesman Ty Bofferding said. “This will not affect military readiness, personnel, pay or base operations.”

Gone, it appears, are the days when a senator spoke up for the home folks at least publicly, even if insiders in Washington — even those of the same party in the White House — understood it to be a pro forma protest.

Cassidy, R-Baton Rouge, seeks reelection in 2020, as do all the U.S. House members. He is hardly alone among GOP members acting in terror of the president’s approval ratings in Louisiana. The delegation as a whole has not protested these funding raids from the White House.

But this is really craven: Robbing Belle Chasse of construction funds, to pay for a Rio Grande “border wall” that will mean nothing to Louisiana, except among those deluded enough to think that our state is going to be overwhelmed by brown immigrants any day.

Got that? Bill Cassidy is a coward for not demanding $30 million be spent on an airfield at the Belle Chasse Naval Air Station which isn’t a high priority project, when that money is being redirected toward the border wall which is the signature priority of a Republican administration and which tests through the roof with voters in Louisiana (most of whom had no idea that Belle Chasse NAS even needed $30 million in construction). And if you’re for that border wall you’re a racist who hates “brown immigrants.”

Hey Lanny, drop dead along with the crappy paper you work for.

This is the kind of thing Moon Griffon ripped John Georges a new posterior orifice for in a radio interview a couple of weeks ago – if The Advocate was even remotely as aggressive in attempting to root out waste, fraud, abuse, corruption and incompetence in state government rather than making accusations against the congressional delegation, made up mostly of Republicans, as cowards and racists for backing a border wall, perhaps Louisiana wouldn’t be adrift with a disengaged public and a complete disaster of a governor, the only one of his peers incapable of growing jobs in Trump’s economy.

After all, Keller – the old “conservative” columnist on The Advocate staff, could have very easily trashed John Bel Edwards for playing partisan games and sounding off as an open-borders lefty. Here was Edwards’ quote from the original Advocate story about the reappropriation of those funds…

“This project is an important investment in the re-capitalization of the Air National Guard’s 159th Fighter Wing, apron and alert facilities,” Edwards spokeswoman Christina Stephens said. “Funds for our military shouldn’t be diverted because of dysfunction in Washington. It’s time for our leaders to come together and fix our immigration system.”

“Fix our immigration system” means amnesty. It doesn’t mean enforcing current immigration law, which is what the border wall is for (yes, we can have a debate about how well the wall will work, but you don’t get to engage in that debate in good faith if you’re not willing to match Trump’s commitment to securing the border in some way, shape or form). That was a quote which puts Edwards far outside of the mainstream in Louisiana where immigration is concerned.

And guess what? If you’re in Louisiana and you’re for tightening the border and doing something about illegals, the people you’re actually going to benefit most aren’t racist white guys. They’re working-class black folks, whose wages get depressed the more illegals show up to compete for low-skill and entry-level jobs. Lanny Keller could easily have dinged Edwards for choosing illegals who aren’t eligible to vote over his own base voters by demanding we “fix our immigration system” by instituting amnesty. If nothing else he could have demanded Edwards explain what he thinks “fix our immigration system” means, because no answer would be forthcoming on that and Keller could then have accused Edwards of being “craven.”

Keller might have reached out to Cedric Richmond on this, you know. Richmond is a Democrat who has made no secret of his dislike for Trump, and Belle Chasse is either in his district or right next door to it (we can’t quite tell looking at the map). Why isn’t Richmond raising five kinds of hell about delaying construction of that parking lot for the jets? There isn’t anything on his social media about that question, so where is Lanny Keller’s assault on Richmond for his cowardice and bigotry and so forth?

Maybe Richmond has decided this is neither his circus nor his monkeys because he represents a majority-minority district which is 55 percent black, and maybe he’s fine with that border wall in the hopes that his constituents might see upward wage pressure if there are fewer illegals coming across that border. And maybe there is nothing wrong with Richmond taking that position.

But we won’t get any examination of that from Lanny Keller The Conservative Columnist, will we? He’s too busy ankle-biting Cassidy, who is the only member of the delegation to actually say something about the reappropriation – which was that it’s no big deal.

And it is no big deal, despite The Advocate devoting three entire stories to covering it. The third was an unsigned editorial piece by the paper’s “editorial staff” essentially regurgitating Keller’s arguments and reiterating Edwards’ communique about how Washington politicians are dithering about “fixing our immigration system.” The paper recognized that a parking lot for jets isn’t an overly high-priority project but still demanded the Republicans in the delegation throw a fit about the project’s deferral for a year.

A lot of this is inside baseball, but it’s irritating. What we have here is a newspaper which can hardly be bothered to recognize Louisiana is sitting with the highest poverty rate in the country and came in last in the nation as the only state unable to grow jobs last year, but they’ll engage in the most meaningless nitpicking possible over a parking lot for military jets in Plaquemines Parish.

We’re coming around to the theory that what Louisiana is really worst in is its legacy media, and the damage the liars and boobs running that show have done spreads to everywhere else. Incompetent propagandists at the newspapers obfuscate things which ought to have sunlight shined on them, and as such there is no mandate to fix anything.

Other than that parking lot, of course. Keller et al have made it clear that has to be built post haste – maybe even using illegals for the labor.