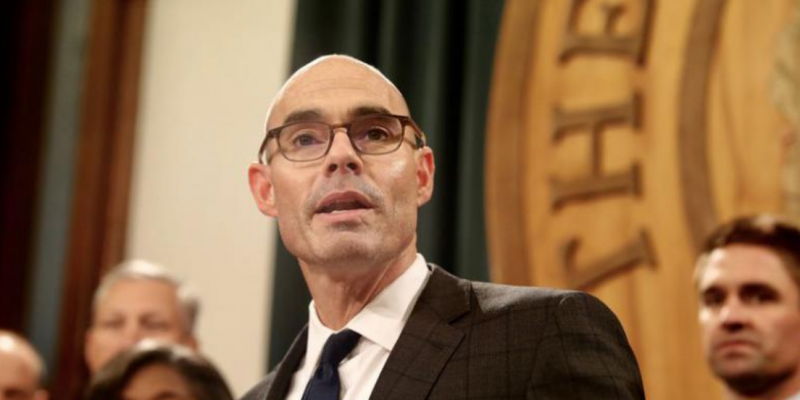 The list of individuals and groups seeking the resignation of Texas Speaker of the House Dennis Bonnen, R-Lake Jackson, continues to grow, with the True Texas Project PAC the latest to climb on board.

Bonnen is being investigated by the Texas Rangers Public Integrity Unit for allegedly offering a quid-pro-quo to the conservative group Empower Texans. He has been accused by Democrats of violating state and federal law.

Rep. Dustin Burrows, R-Lubbock, who with Bonnen attended the private meeting with Bonnen, resigned in August as Republican Caucus Chair.

Both were recorded by Empower Texans’ CEO Michael Quinn Sullivan during the meeting earlier this summer in which Sullivan says Bonnen and Burrows asked his group to target a list of Republican lawmakers in next year’s primaries in exchange for receiving media credentials the House has withheld. The state Senate has given media credentials to the group.

“House Speaker Dennis Bonnen’s actions are threatening the future of Republicans in the Lone Star State,” Sullivan said. “He has been caught in repeated lies yet refuses to retract his false statements,” adding “the state’s GOP officials are standing idly by – choosing the convenience of cowardice over doing what’s morally right.”

The board of the True Texas Project PAC, formerly the Northeast Tarrant Tea Party PAC, also called on the Republican Party of Texas to “address the gravity of the damage, and assure the public that the organization will not tolerate anything that compromises the conservative principles and standards we hold ourselves to.”

Both Bonnen and Burrows are running for reelection and have said they do not intend to resign from public office. Bonnen has invited high-dollar donors to a Sept. 30 fundraiser that costs $10,000 a plate.

“The substance of the recorded conversation of the meeting shows undeniable evidence of scandalous premeditated corruption, bribery, and subjugation with arrogance, malice, and intent to undermine individuals elected to serve their districts,” Montgomery County GOP’s resolution states.

About 30 members of the Texas House Republican Caucus wrote to the acting chair of the caucus, Rep. Stephanie Klick, R–Fort Worth, in late August requesting an immediate meeting to fill the vacancy resulting from Burrows’ departure. Klick, the former vice-chair of the caucus, took Burrows’ spot and her position remains open.

Klick denied their request in writing, stating the election would occur electronically. She also scheduled a meeting for caucus members during their annual retreat on Oct. 18.

Her office has not issued any additional statements on the matter.

State Rep. Tony Tinderholt, R–Arlington, wrote to Klick requesting that she reconsider her denial, as did Rep. John Smithee, R–Amarillo.

“It is becoming apparent to more and more of us that our caucus currently has a Texas-sized mess on its hands,” Smithee wrote.

“The current strategy of ignoring the situation and hoping it goes away is simply not working,” he added. “I do not find it unreasonable for caucus members to request that, prior to voting for a new vice-chair, we should have the opportunity to hear each announced candidate explain to the entire caucus how he or she proposes to deal with the crisis that currently surrounds us.”