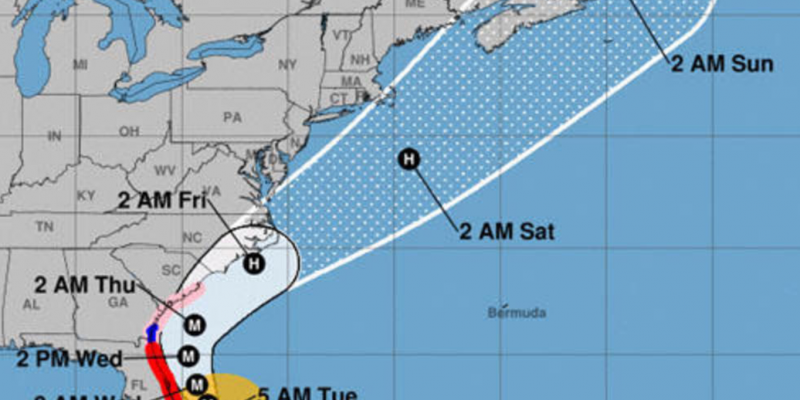 On Tuesday Hurricane Dorian was reduced to a Category 3 storm, down from category 5, and evacuations were ordered for parts of Florida, Georgia and South Carolina.

“Along the coast of northeastern Florida and Georgia, tropical storm conditions are expected within the Tropical Storm Warning area on Wednesday.”

” … Although gradual weakening is forecast, Dorian is expected to remain a powerful hurricane during the next couple of days.”

“I urge you to closely follow the forecast and listen to your local officials,” Cooper said. “If they order an evacuation, please follow their instructions.”

Cooper signed an executive order waiving fees for ferries to evacuate and transport supplies and requested a federal disaster declaration from President Donald Trump to initiate federal disaster assistance if and when they need it.

Cooper also activated the North Carolina National Guard, the Department of Transportation, and State Highway Patrol to assist with evacuations.

“Preparations that you make now could save your life later – or lessen the chance that you might need rescue or shelter during a storm,” Cooper said.

Local officials in Hyde County, located on the coast, called for a mandatory evacuation of those visiting Ocracoke Island.

In Florida, more than 8 million seniors live in east coast counties and face the menace of Dorian. So far, 93 nursing homes and seven hospitals have been evacuated ahead of Hurricane Dorian. Roughly 25 percent of Florida’s population is over age 60.

According to the Associated Press, Hurricane Dorian tied the record for the most powerful Atlantic hurricane ever to come ashore in the Bahamas with the Labor Day hurricane of 1935.