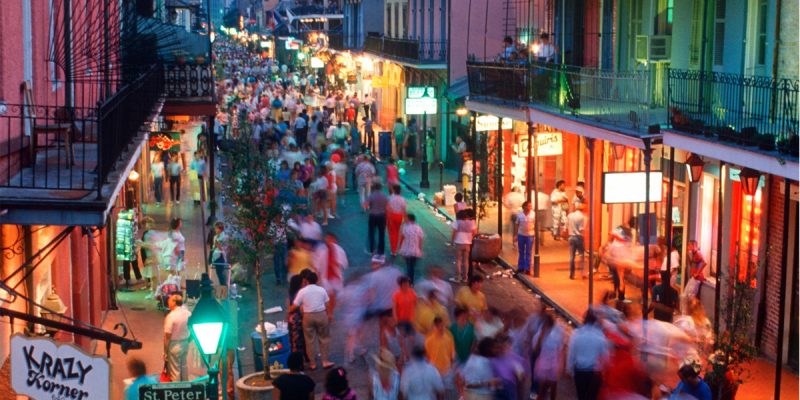 There are more than 56,000 outstanding warrants in New Orleans’s Municipal Court, dating to 2002, according to city data. This equates to roughly 1 out of every 7 adults in the city having an arrest warrant out for his or her arrest.

“We need to consider all the damage this has caused and the psychological trauma it continues to impose on the minds and hearts and confidences of 14 percent of our population,” said City Council member Jason Williams. “This is New Orleans’s working poor. This is the hospitality community, musicians. These are people who are some of the reasons why people come to New Orleans in the first place.”

Williams introduced a resolution at the council’s meeting Wednesday, which calls for dismissing all warrants and charges associated with crimes of poverty and homelessness, like obstructing a public passageway and trespassing.

Crimes of poverty and homelessness account for more than 40 percent of warrants in New Orleans.

Williams is joined by a coalition of elected officials, local civil rights organizations, and the public defender’s office, who are looking for a more permanent solution that is costing taxpayers money and hurting those with warrants. They suggest that the city wipe out completely nearly all 56,000 warrants– in addition to any debt the warrants accumulated in fines and fees.

It costs about $2.7 million a year to staff a 40-person quad in a New Orleans jail, roughly the same amount of people incarcerated on a daily basis for municipal warrants and misdemeanors.

The warrants in question generally cover the crimes of failing to appear for a scheduled court date for minor, nonviolent offenses that do not carry a jail sentence (panhandling or fishing without a license). These are characterized as “old nuisance crimes,” which do nothing but bog down an already overburdened court system.

Warrants for battery and domestic abuse, which account for roughly 6 percent of all warrants, would not be excluded, according to the coalition.

Paul Sens, chief judge of the Municipal Court, told The Washington Post, that blanket amnesty would send the wrong message.

“There are a lot of people who come into this court and do what’s expected of them,” Sens said. “So why did this guy who’s got 20 cases and $5,000 worth of fines get his wiped out and they didn’t? It’s a balancing act you have to do.”

Ferguson, Missouri, San Francisco, California, and the state of New Jersey have all attempted to implement something similar, according to the Fines and Fees Justice Center in New York.