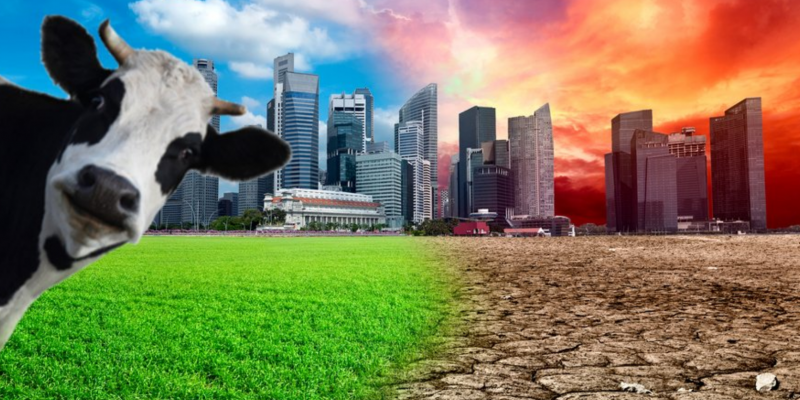 A British lawyer, Michael Mansfield, is calling on the judicial system to classify a new crime: “ecocide,” or the eating of meat.

Michael Mansfield, the Left-wing lawyer known as ‘Moneybags Mansfield’ for his huge earnings from high-profile cases, spoke at a vegan campaign at a Labour Party conference Monday where the Viva!’s Vegan Now project was launched.

“I think when we look at the damage eating meat is doing to the planet, it is not preposterous to think that one day it will become illegal. There are plenty of things that were once commonplace that are now illegal, such as smoking inside.”

Spouting “facts” from the United Nations, Mansfield argues, the negative impact of livestock farming on climate change presents a “crime against humanity.”

Mansfield argues legislation should be introduced to criminalize “the destruction of nature,” which he says is a “crime against humanity.”

“We know that the top 3,000 companies in the world are responsible for more than £1.5 trillion worth of damage to the environment, with meat and dairy production high on the list,” Mansfield argues.

“We know that because the UN has told us so,” he adds.” It is time for a new law on ecocide to go alongside genocide and the other crimes against humanity.”

So according to this logic, because the United Nations says something– it’s true?

According to the UN, “international scientists” argue that food production “causes more than a third of estimated greenhouse gas emissions” and meat– specifically beef and lamb– is the most dangerous.

The UN suggests that reducing food waste and eating less meat will reduce climate change because eating less means raising less cows and sheep and therefore saves millions of square miles of land. This is nonsensical reasoning, at best.

The Intergovernmental Panel on Climate Change argues that 25 percent of the world’s ice-free land has been damaged by human activity because of agricultural field soil erosion, which erodes up to 100 times faster than it forms.

The panel also argues 25 to 30 percent of food produced globally is wasted– meaning we can easily produce less food and not starve.

Yet another reason for the U.S. to stop funding the UN and have it relocated out of New York.

Farmers and ranchers know that cattle and sheep have nothing to do with “global warming” or “climate change.”

They understand climate change–probably more than anyone else as their crops depend on the weather, which fluctuates and changes, as it has always done.

It must be nice for Mansfield whose wealth and status perhaps keeps him so out of touch with society that he feels justified to tell other people what they should and shouldn’t eat.

Interested in more national news? We've got you covered! See More National News
Previous Article SADOW: Just Say No To All 2019 Louisiana Constitutional Amendments
Next Article New Orleans: 1 in 7 adults has an arrest warrant out for his or her arrest